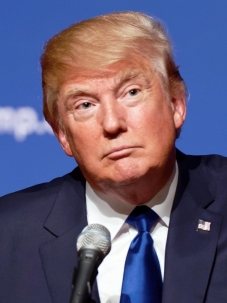 October 9, 2017 (Washington D.C.) – President Donald Trump has rolled out a tax reform plan that would slash the corporate tax rate from 35% to 20% and cap at 25% the rate for “pass through” entities from small businesses to large pass-through entities such as hedge funds.  It eliminates inheritance taxes on large estates and changes tax brackets from seven to just three—12%, 25% and 35%.  So, the poorest taxpayers now paying 10% would pay more, while the wealthiest now paying 39.6% would pay less.

But slashing taxes comes at a price, with some experts predicting the measure would raise the federal debt by $2 trillion, at odds with Republicans’ campaign promise to reduce the federal debt.

Trump calls the plan “a revolutionary change” and claims the “biggest winners will be the everyday American workers as jobs start pouring into our country and companies start competing for American labor and as wages start going up at levels that you haven’t seen in many years. But some economic experts cast doubts on that rosy projection, citing contradictory historical evidence on “trickle-down economics.”

The Trump plan also eliminates many tax deductions, including deductions for state taxes paid. However, it also doubles the standard tax deduction to $12,000 for individuals and $24,000 for married couples filing jointly.  So, it’s unclear whether limited tax savings for middle income earners due to some provisions of the tax plan might be offset by paying more due to other changes in the plan.

It would retain the mortgage deduction and tax credits for low-income housing construction, research and development and charitable giving, but would eliminate most other itemized deductions and tax credits that many businesses and individual taxpayers now utilize. Biggest beneficiaries could be multinational corporations since these U.S. companies would no longer be taxed on their overseas earnings, though there’s talk of adding a repatriation tax to encourage companies to bring jobs home.

Senate Republicans apparently don’t want financial scrutiny of their plan; they added a provision in their budget that waives a normally required analysis of the tax bill by the nonpartisan Congressional Budget office before the vote.

But the nonpartisan Committee for a Responsible Federal Budget estimates the plan would result in an estimated $2.2 trillion in net tax cuts- meaning tax cuts not offset by increased revenues, thus deepening the deficit if that project is accurate, the Los Angeles Times has reported.

One of the biggest changes, in “pass through” rules is touted as helping small businesses. But in fact, nearly half of all businesses in the U.S. including sole proprietorships and partnerships now report pass-through income – a big change from the past, when only 20% did so.  The Los Angeles Times reports that “pass-through rules have been a boon to the 1%” who funnel much of their income through pass-through entities.   Now their taxes will be dramatically slashed under the Trump plan – and such entities benefitting can include “most hedge funds, private equity funds, law, consulting and accounting firms” that are partnerships including “large, global enterprises,” Aaron Krupkin and Adam Looney of the Brookings Institution have said.

House Speaker Paul Ryan has previously criticized what he called “crushing” federal debt.  But when asked about the seeming hypocrisy in campaigning on lowering the national debt but now backing a tax plan that could hike the debt, GOP leaders claim their tax plan would spur corporations and the wealthy to invest in growing jobs that would ultimately produce enough new income to offset their deep tax cuts.

While theoretically possible, the track effort on past such efforts has been less than successful. In Kansas, the only state that exempted all pass-through income from state taxes five years ago, resulted not in increased revenue, but instead plunging revenues that created a budget crisis and led to repeal of the measure earlier this year.

Conservatives however tout the Reagan era, when the economy grew 7.3% after slashing top income tax levels from 70% to 28% and increasing tax deductions for businesses, as evidence that trickle-down economics can work. But Reagan also boosted defense spending by more than $125 billion dollars, so it’s unclear just how much of the growth was due to increased defense industry jobs instead of cutting taxes. But Reagan’s reign also tripled the national debt to $2.8 trillion, USA Today reports.

But Liberals point out that President Bill Clinton raised taxes significantly and yet had stronger economic growth than Reagan.  Jared Bernstein, senior fellow at the Center on Budget and Policy Priorities and former Chief Economist to former Vice President Joe Biden has noted that during Clinton’s eight-year term, 22 million jobs were created and the economy grew an average 3.8% for each of those eight years.  The tech boom also came during the Clinton era, despite the increased taxes.

Democrats criticize the measure as helping primarily the top one percent of income earners at the expense of others.  “If this framework is all about the middle class, then Trump Tower is middle-class housing,” Senator R on Wyden (D-Oregon) said, the New York Times reports.

Critics have further argued that now is not the time for such cuts at a time when the nation is reeling from major hurricane damage in Florida, Texas and Puerto Rico, where victims’ advocates contend the administration seeks to aid the rich and corporations on the backs of hurricane survivors who need federal aid to rebuild or relocate.

Congress has also let the Children’s Health Program expire and made cuts in other popular programs, and could potentially be left with even less federal funding for future priorities if the Trump tax plan is approved as drafted.

fact-checking of the President's statement on his tax plan, which is why it was not included.  We did quote Trump, but linked to more objective sources.