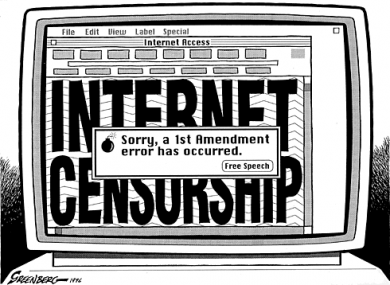 August 29, 2018 (San Diego) - President Donald Trump is claiming that Google has rigged search results and is “suppressing voices of conservatives,” a claim Google says is false.

The President bashed Google on Twitter, posting, "Google search results for 'Trump News' shows only the viewing/reporting of Fake News Media. In other words, they have it RIGGED, for me & others, so that almost all stories & news is BAD. Fake CNN is prominent. Republican/Conservative & Fair Media is shut out," he claimed, without substantiation.

In fact, a search of the term turned up prominent rankings for conservative sites such as Fox News as well as other mainstream outlets such as CNN, network TV stations and the Washington Post.

Trump later told reporters he believes Google’s actions may be “illegal” but didn’t explain what laws he believed may have been violated. He warned Google and social media sites such as Twitter and Facebook, stating they are “treading on very, very troubled territory and they have to be careful.”

CNN reports that White House economic advisor Karry Kudlow says the administration is doing “investigations, some analysis” with an eye toward possible regulation.

Executives from Facebook, Twitter and Google have been asked to testify in front of the Senate Intelligence Committee about censorship and election interference on September 5.

Riva Sciuto, a spokeswoman for Google, said that when users “type queries into the Google Search bar, our goal is to make sure they receive the most relevant answers in a matter of seconds. Search is not used to set a political agenda, and we don’t bias our results toward any political ideology,” says Sciuto, the Washington Post reports.

Google uses algorithms to rank stories based on factors such as usefulness and accuracy as well as users’ history.  Thus, sites debunked as conspiracy sites filled with factual inaccuracies, such as Alex Jones’ InfoWars or the National Enquirer tabloid, are ranked lower than established news organizations with credible reputations, regardless of political leanings.

Sites that conduct original report reporting utilizing fact-checking rank higher than blogs that merely list news published elsewhere. Conservative-leaning sites such as the Wall Street Journal, Forbes, Fox News and the Economist all rank high on Google’s searches, as do more centrist and progressive sites that do fact-checking and original reporting such as Politico.

Any government attempt to regulate searches on Google, a private company, would likely run afoul of the First Amendment.

Emma Llanso, director of the free expression project at the Center for Democracy and Technology told VOX, “The First Amendment is a strong prohibition on government officials’ ability both to limit and to compel speech from private actors.”

Supreme Court Justice Robert H. Jackson wrote in 1945 that the First Amendment is rooted in the view that “every person must be his own watchman for truth, because the forefathers did not trust any government to separate the true from the false for us.”

Thus, it seems unlikely that the founding fathers would have approved of the federal government deciding what articles the public should or should not be allowed to see about that government and its officials.

Sounds as if Donald Trump has been getting advice from Vladimir Putin.