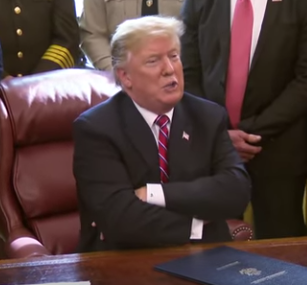 By Miriam Raftery
March 19, 2019 (Washington D.C.) — A courtroom battle looms after President Donald Trump vetoed a resolution Friday passed by both houses of Congress. The Congressional resolution rejected Trump’s emergency declaration to fund a border wall.
One day earlier, in a rare show of bipartisanship, 12 Senate Republicans  joined with Democrats to pass the resolution already approved by the Democratic-controlled House. The Congressional members objected to the President issuing the emergency declaration in defiance of Congress, which had earlier voted against Trump’s budget request for $5 billion in border wall funding.
“Congress has the freedom to pass this resolution, and I have the duty to veto it,” Trump said. He called the resolution “reckless” and insisted that the immigration system in the U.S. has reached a “breaking point.”
The Constitution gives power of the purse strings to the legislative branch—Congress, not the executive branch of government which includes the President.
Public Citizen, a watchdog group, has filed a lawsuit challenging the constitutionality of the emergency declaration.  The state of California, the American Civil Liberties Union and others have vowed to also file legal challenges.
Legal experts indicate courts will look closely at Congressional intent, which in this case clearly was to not fund a border wall at the level sought by Trump. 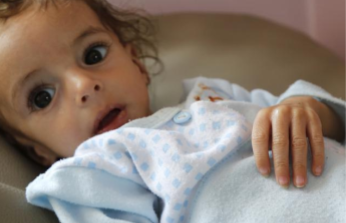 If the executive order survives legal challenges, Trump’s plan is to take money from military programs including some in San Diego to pay for constructing an international border wall.
While many in Congress disagree with the President’s assertion that immigration is at an emergency level, even some who share his views on the border wall have voiced concerns that if Trump’s emergency declaration contrary to the stated intent of Congress action stands, future presidents might issue executive orders to divert funds for other projects that Congress has not approved, such as addressing gun violence.
It would take two-thirds of both houses of Congress to override the President’s veto. Reportedly, there are not enough members in either house willing to support an override.
But there is another option to reign in presidential power regarding emergency declarations.
Senator Mike Lee (R-Utah) has introduced a bill that would make it harder for presidents in the future to bypass Congress via an emergency declaration. His plan would require Congress to approve any presidential emergency declaration in the future, or the declaration will automatically terminate after 30 days. Approval would require a simple majority.
Currently, an emergency declaration by a president may only be terminated by a Congressional resolution sent to the president. That concentrates a tremendous amount of power in a single person, since a president who opts to wield veto power can only be constrained with a two-thirds vote of both the House and Senate.
Presidential emergency declarations  have been a concern since enactment of the National Emergencies Act of 1976. But now leaders in both parties have suggested it may be time to reign in presidential power.
Senate Majority Leader Mitch McConnell (R-Kentucky) has stated, “If Congress has grown uneasy with this law, as many have, then we should amend it.”
The veto was the first by Trump, but likely won’t be his last. Trump has threatened to also veto a measure passed by the Senate which cut off U.S. support for Saudi Arabia’s coalition forces in the civil war in Yemen, where a humanitarian crisis has been declared by the United Nations. The U.N. has said that 13 million Yemenis face starvation, including millions of children.

So much senseless pain and sadness in the world.
I agree with Senate Majority Leader, Mitch McConnell. I also agree with the Senate cutting off support to Saudi Arabia. Clearly, Trump appears worried that his Border Wall isn't going to be the Huge legacy he envisioned. BTW in case anyone has forgotten, Mexico is still not paying for the Border Wall construction as Trump said would happen during his campaign, and beyond. Taxpayers are going to, one way or another. No doubt by reducing funding to programs for seniors, and others in need.

by Mexicans.  But even when it was up, it wasn't effective.  People are still  jumping over it somehow.  I learned this in an interview with a man who helps search for migrants who died crossing or who have gone missing and need medical aid. One guy made it over the barbed/razor wire in Temecula, but died because he couldn't swim and drowned later on trying to cross a body of water.