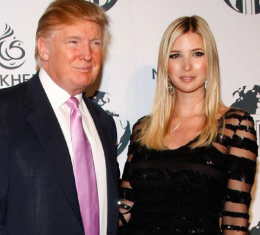 That gives Trump 741 delegates total to date. Cruz has 461 and Kasich 145.  1,237 delegates are needed to win the Republican nomination on the first ballot.

Ads in Utah purchased by a super-pac backing Cruz showed nude photos of Trump’s wife, Malania, taken during a modeling shoot for GQ.  The ads may help account for Trump’s poor showing in Utah, a heavily religious Mormon state. Trump fired back, "Be careful, Lyin’ Ted, or I will spill the beans on your wife!"

Cruz’s win in Utah affirms his position as the candidate most likely to have a shot at blocking Trump, though a brokered convention remains possible if no candidate secures the nomination outright. But with nearly 2/3 of the needed 1,238 delegates now in Trump’s camp, the outspoken billionaire’s odds of winning the Republican nomination are getting stronger, by any objective forecast.