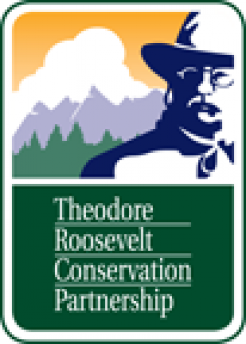 March 18, 2017 (Washington D.C.) -- Hunters and anglers would find less healthy habitat and more public access closures under President Trump’s proposed budget, officially released this morning. In fact, the ripple effect of major budget cuts at the agencies that oversee conservation in America would likely be felt most in the rural communities that thrive off outdoor recreation spending related to public lands and other hunting and fishing access.

“With the magnitude of these cutbacks—12 percent at the Department of the Interior alone—the conservation legacy left to us by Theodore Roosevelt and others would be undone very quickly, and the effects would be felt on public and private lands and waters in every corner of the nation,” says Whit Fosburgh, president and CEO of the Theodore Roosevelt Conservation Partnership. “Several key programs with direct benefits to local communities, such as the Payment-in-Lieu-of-Taxes program and the USDA’s Farm Bill service centers, would be significantly slashed. Restoration programs for the Chesapeake Bay watershed and invasive species removal efforts in the Great Lakes would be eliminated entirely.”

The Land and Water Conservation Fund—the single most important federal program for enhancing habitat and sportsmen’s access with funding from offshore oil and gas receipts—would be cut to pay for basic operations and maintenance, which should be a core budgeting responsibility, a press release from the Theodore Roosevelt Conservation Partnership states.

It adds, “Undermanned agencies could be faced with the choice to close down access points, stop habitat management, or place heavy financial burdens on the states, which sets a dangerous precedent for the transfer of management authority on America’s public lands. The budget proposal actually indicates that state and local governments will have increased responsibility for the execution of federal programs. Expecting cash-strapped states to pay for natural resources, a critical part of the federal-state partnership, is troublesome and may lead to less management, less enforcement, and stressed fish and wildlife populations.”

To compound matters, two key programs providing tax payments to local counties with public lands—Payments in Lieu of Taxes and the National Wildlife Refuge Fund—would get less or no funding at all, perhaps breeding even more unrest in Western states with a large proportion of federal public lands.

President Trump’s Fiscal Year 2018 budget proposal does allow agencies to have a great deal of discretion in how to implement cuts. The proposal does not include revenue projections or policy statements, and there is no language addressing mandatory spending. Agencies fear that detailed guidance will reveal even deeper cutbacks on the things that sportsmen care about.

“A much larger hit could still be coming, and with that there would be National Wildlife Refuge closures nationwide,” says Desiree Sorenson-Groves, vice president of government affairs at the National Wildlife Refuge Association. “There simply wouldn’t be enough staff or funding to keep hunting and fishing access open or to run education and volunteer programs. Even if states were able to help a little, they don’t have enough funding to take over every program currently paid for by the federal government.”