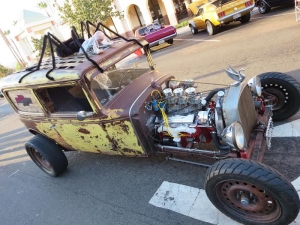 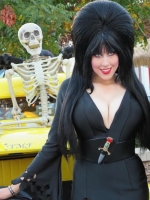 This event is part of the yearly, Summer long ‘Classic Cruise’ and featured many Halloween theme decorated vehicles - mostly older model cars & trucks. The memories of youth are brought to mind for this writer, when I see these classic American cars.

Highlights included: a very tall ‘Grim Reaper’ - an ‘Elvira’ mistress of the dark look alike - and laser tag by ‘Equinox’.  I also spotted an aerial drone flying overhead, just above the crowd of people at Prescott Park.

Many types of costumes were evident - from simple to complex - easy on the eyes to nearly frightening!

I estimate there were many thousands of revelers attending this year. The streets were very crowded and the café’s & restaurants were filled to capacity and beyond, as hungry diners devoured their delicious food and drinks to become happily satiated. 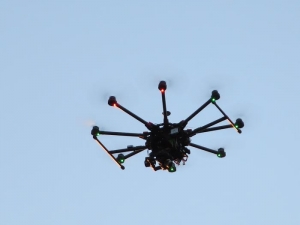 If you’ve never been to this safe Halloween street gathering, I suggest that you give it a try. I did, and experienced a good time. If you come next year, be sure to bring the kids & grandchildren… oh’ and wear a costume, or not.

What’s next for downtown El Cajon?

There are ‘big’ changes this year folks, so pay close attention. 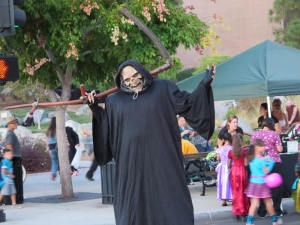 The parade begins at Ballantyne & Park Ave., travels to Main St. then turns right and proceeds *West through downtown El Cajon* to Johnson Ave. turning right and heading North to finally end at the Parkway Plaza mall’s North Western parking lot  (N. Johnson & Fletcher Parkway) where there will be a ‘Mother Goose Carnival’! 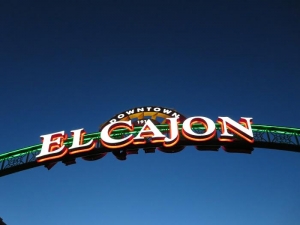 There is usually a huge turnout for this event and the area can become quickly crowded with parade watchers , so I suggest to East County Magazine readers;

arrive early and get a decent place to observe this well known parade.