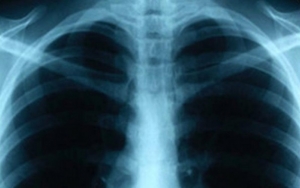 July 21,2014 (La Mesa)—A case of tuberculosis has been reported at La Mesa Middle School, where others may have been exposed, , the San Diego County Health and Human Services Agency reports.

The is working closely with school officials to notify individuals who were possibly exposed to TB between April 23rd and June 13th of this year.   Free testing for students who may have been exposed will take place on July 23 at the school.

Symptoms of active TB include persistent cough, fever, night sweats and unexplained weight loss. Most people who are exposed to TB do not develop the disease, but when it does occur, it can be treated and cured with medication.

TB in not uncommon in the San Diego region but has been decreasing in recent years.  To date, 84 cases have been reported this year. Last year, 206 cases were reported in the county, the lowest number since local TB case peaked at 469 in 1993.