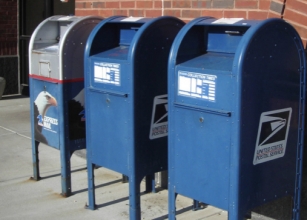 DeJoy, a Trump appointee, has long been accused of conflicts of interest.  Over the past seven years, the USPS has reportedly paid around $286 million to XPO Logistics, DeJoy’s ex-employer, and has “ramped up its business” with the company since DeJoy’s appointment as Postmaster General, according to a separate complaint fled by Citizens for Responsibility and Ethics in Washington D.C. (CREW). After his appointment, DeJoycontinued to hold financial interests in XPO totaling between $30 and $75 million. DeJoy also held a significant amount of stock in Amazon, a major USPS competitor.

In August, a federal judge ordered DeJoy to turn over documents on potential conflicts of interest requested under the Freedom of Information Act, C-Span2 reported. CREW sued to force release of the documents.  The judge cited a “strong public interest” in information relating to DeJoy’s potential conflicts, which have been the focus of intense scrutiny by Congress and the press.

Many have called for DeJoy to be fired, but the Constitution specifically prohibits any President from firing a Postmaster General. That power rests with the Postal Service’s board of governors, and governors may only be terminated for cause. So DeJoy has continued what appears to be sabotage of the agency’s mission despite apparent conflicts of interest.

The administrative complaint filed by the attorneys generalalleges that USPS’ current piecemeal approach to introducing sweeping changes to national delivery standards violates federal law, failing to provide the U.S. Postal Regulatory Commission (PRC) as well as the coalition of states an opportunity to review the plan in its entirety. In the complaint, the coalition urges the PRC to require the USPS to submit a unified plan to the PRC in line with federal law.

“These unlawful, haphazard attacks on our mail are straight out of the Trump playbook,” said Attorney General Bonta. “With little regard for the process or the consequences, these proposals threaten to put our democracy and our people at risk. Americans from all across the spectrum rely on the U.S. Postal Service for their medication, paychecks, and election mail. If you’re going to make sweeping changes to national delivery standards, you have to do it right. This effort doesn’t make the cut. It’s time to put a stop to Postmaster DeJoy’sflawed attempts to slow our mail.”

Under various piecemeal proposals, USPS is moving swiftly and without proper diligence to change postal operations and degrade service standards across its entire operation, the complaint claims.

For instance, USPS is seeking to change its service standards for first-class mail and packages from 1-3 days to 1-5 days, claiming existing standards make it difficult to provide reliable, consistent service because of high costs and inefficiencies in its transportation network.

But extending the delivery timeline and then citing the new standard as evidence of improved reliability only serves to create the illusion of a solution without addressing any systemic issues inhibiting USPS’ performance, the attorneys general contend.

“Ultimately, the proposals fundamentally deviate from USPS’ core mission as a public service and threaten to ignore the potential consequences on the delivery of all types of mail across the country, including with regards to medication, paychecks for working families, and election mail,” a press release from Attorney General Bonta states.

In the complaint, the coalition asserts:

A copy of the complaint is available here.

this is taking way to long to get rid of this guy..... we call him delay!.....he is going to ruin the post office!