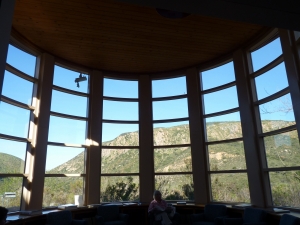 Members of the Kiwanis Clubs of Lake Murray, La Mesa and Fletcher Hills are combining their efforts to raise funds for their youth scholarships and community sponsorships by presenting “Twilight Tasting at the Trails” from 6 pm to 9 pm on Saturday, September 9.

The event, which will feature craft beers and wines from local breweries and wineries as well as a variety of tasty foods from local restaurants, will be in the Mission Trails Regional Park Visitor Center.  Entrance to the center is located off Mission Gorge Road and east of Jackson Drive.

A selection of wines will be provided by PRP Wines International of San Diego.  Founded in 1989 and based in San Diego, PRP is considered the pioneer in wine samplings to entertain and educate the public about the world of fine wines.

An opportunity drawing will feature two tickets to tour the Midway Aircraft Carrier in San Diego Bay, and two wine-tasting events for up to 15 people each -- each event valued at $300.  Other prizes include a Barbeque Accessories Basket, a Jamul Beer Company basket, a gift basket from The Hills Local Pub, a picnic basket with wine, and golf club tickets for four.  Plus an Emergency Car Kit with three Body Beautiful Car Washes.  And more.

Tickets for “Twilight Tasting” are $40 per person.  Call the Kiwanis Club phone (619) 212-9132 for reservations, or contact any Kiwanian in Fletcher Hills, La Mesa, or Lake Murray.