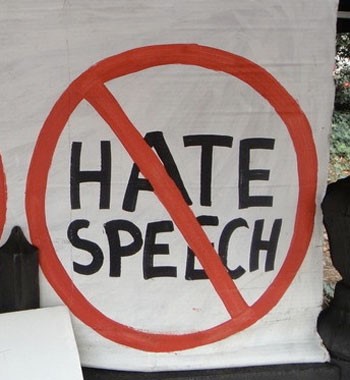 USA Today reports that those whose accounts were cancelled included Richard Spencer, operator of an alt-right think tank who has called for the removal of blacks, Jews, Asians and Hispanics from the United States.  Spencer fired back, called Twitter’s censorship “Stalinism.”

Spencer was banned from visiting Britain earlier this year, when British Home Secretary Theresa May suggested his views would foster hatred that could lead to violence.

Twitter has sometimes made such bans permanent, as when it permanently banned Breitbart technology editor Milo Yiannopoulos in July for reportedly inciting abuse against actress Leslie Jones.

The rise in power of the alt-right movement has alarmed many civil rights experts, particularly after President-Elect Donald Trump named Steve Bannon as White House Chief strategist.  Bannon is publisher of Breitbart News, a site which has morphed into a mouthpiece for the alt-right, publishing blatantly racist and anti-Semitic articles, as well as stories denigrating women.

Just so the uninformed know one of those "racist" "bigot" "homophobe" is Milo Yiannopoulos. A in his own words "Milo Yiannopoulos is one of the best-known technology and media commentators in Europe. He writes about internet culture, video games, tech, social media, the social justice phenomenon and how lovely his hair is." A gay man who touts the fact that all his boyfriends are black. An incredibly intelligent speaker and writer who works for Breitbart news. He also happens to be pro business and a conservative and a Jew!!!! Yeah he gets banned. It is blatant targeting of conservatives and proves that the media is more biased and less concentrated on the truth or journalism than any time in history. There attempt to marginalize by calling anyone who voted for Trump as an "alt-right" "white nationalist" etc. only reveals their liberal agenda and total misunderstanding of the landslide victory by the American people when they said Donald J Trump is the person to take this country in the Right direction. God Bless America.