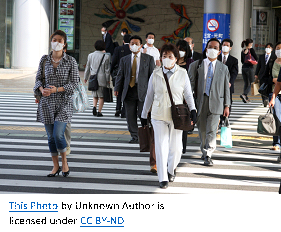 January 27, 2020 (San Diego) -- Public health officials in Los Angeles and Orange County have confirmed the first cases of the new Coronavirus first identified in Wuhan, China. Both cases in Southern California are in air travelers who recently returned from Wuhan, China.  There are now five U.S. cases of the virus, including cases confirmed in Arizona, Illinois and Washington state.

The California Department of Public Health issued a statement which reads, “The state will continue to monitor the situation, work with partners to identify any possible cases, provide information and consultation to ensure that possible cases are managed safely, support laboratory testing, and implement recommendations from the CDC.”

Health authorities are tracking around 100 people nationwide who may have been exposed to the travelers, but risk to the general public is considered low.

The new virus has killed about three percent of those known to have contracted it, a rate similar to the flu. But officials caution that it’s still too early to determine the mortality rate long-term. To date, 2,700 cases have been confirmed and 80 people have died.

In China, the new virus has prompted quarantine of major cities and shutdown of major attractions and events, including Disneyland, Lunar New Year celebrations and more.  Some schools have been ordered closed until mid-February and transportation in and out of key cities has been halted.

Anyone exposed to someone who has recently traveled to Wuhan, China should contact their doctor if they develop fever, cough and breathing trouble.

The Centers for Disease Control reports genetic sequencing suggests the new virus likely originated in an animal but human to human transmission is suspected since some of the patients never visited the Wuhan market, which sells wild animals for human consumption. China has temporarily banned the sale of wild animals for human foods until the epidemic is contained.  The virus has similarities to the SARs virus, which originated in bats.