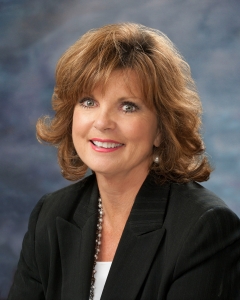 October 16, 2019 (El Cajon) - Two finalists have been named for the position of chancellor of the Grossmont-Cuyamaca Community College District.

The finalists announced by the Governing Board Tuesday are Lynn Ceresino Neault, vice chancellor of Student Services at the San Diego Community College District, and David Potash, president of Wilbur Wright College, a community college on the northwest side of Chicago,

Chancellor Cindy Miles will retire from the district at the end of the year after 11 years at the district’s helm.

Open forums for the campus communities and the public will be held where the candidates will be introduced and undergo question-and-answer sessions. Attendees are invited to fill out feedback forms, which will be forwarded to the Governing Board.

Both candidates are veteran administrators in higher education.

Neault has served nine years at her current post as vice chancellor and in a number of prior roles with the San Diego Community College District, where she began working as a graduate student in 1983 as an administrative analyst in Institutional Research. From 2013-2015, she served as interim president of San Diego City College. During her time as an administrator with the district, Neault has also served as director, associate director and coordinator of Student Services.

She holds a bachelor’s degree in political science, a master’s in public administration, and a Ph.D. in education – all from San Diego State University.

Neault’s state-level advocacy efforts include membership on the California Community Colleges’ Consultation Council, the Intersegmental Transfer Task Force, and the SB 1440 (Associate Degree for Transfer) State Oversight Committee. She was president of the California Chief Student Services Officers Association executive board in 2008, continuing her service on the board until 2011. 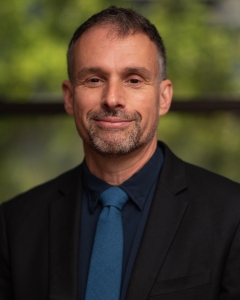 Potash (right) brings more than 20 years of higher education administrative experience. He was appointed president of Wilbur Wright College, one of the seven City Colleges of Chicago, in 2013. From 2008-2013, he served as chief academic officer and as a professor of American history at Curry College, a four-year institution in Milton, Massachusetts. Prior to that, he served for 10 years in the City University of New York system, three years as associate provost/vice president of Academic Affairs at Hunter College and for seven years as the executive director of Academic Services, then associate provost at Baruch College, where he also was an adjunct faculty in the history department.

He began his career in higher education in 1986 as a budget coordinator at New York University, where he worked for eight years, including a year as an adjunct professor in expository writing before leaving as an associate director of the Draper Program in Interdisciplinary Studies.

Potash earned his bachelor’s in English and philosophy from Rice University in Houston, Texas, his master’s in history from NYU and his Ph.D., also in history, from Cambridge University in the United Kingdom.

He lists current affiliations with the American Association of Colleges and Universities (AAC&U); Educause, the Hispanic Association of Colleges and Universities, and the Democracy Commitment, a national organization dedicated to advancing democracy in America’s community colleges. He is an advisory board member of the Community Colleges for Democracy Leadership, and was on the ETS (Educational Testing Service) National Community College Advisory Council from 2015-2018.