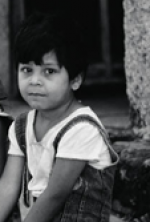 July 22, 2014 (San Diego)--How should America deal with the tens of thousands of children fleeing violence in Central America, arriving at our borders?  Many are traveling alone, trying to reach family members in the U.S.  Most are teens, but some are as young as three years old.

In Southern California, reactions to families from Central America were mixed.  Protesters blocked busses full of the refugees in Murrietta and forced them to turn around.  But in San Diego, Border Angels organized a drive to support the families, raising many tons of donated supplies and teddy bears for the children.

In Texas, Republican Governor Rick Perry announces he is deploying up to 1,000 National Guard troops to the Mexican border to stop the influx of children.  “I will not stand idly by while our citizens are under assault and little children from Central America are detained in squalor,” said Perry, who offered no help or humanitarian aid for the youngsters, blaming Washington policies for the situation. Perry is a prospective presidential candidate for the Republican Party.

By contrast, Massachusetts’ Democratic Governor Deval Patrick has offered to shelter the young immigrants, likening them to Jews turned away by the U.S. in 1939 after fleeing the Nazis.

The Central American children are largely fleeing violence from drug cartels and in some cases, genocide of native Mayan people in their homeland.  Massachusetts will provide temporary shelter while the children are awaiting processing to determine if they will be granted asylum in the U.S., or deported.

Governor Patrick, a former civil rights lawyer who served in President Clinton’s civil rights division of the Justice Department, has this to say. “We have rescued Irish children from famine, Russian and Ukranian children from religious persecution, Cambodian children from genocide, Haitian children from earthquakes, Sudanese children from civil war, and New Orleans children from Hurricane Katrina. Once in 1939, we turned our backs on Jewish children fleeing the Nazis, and it remains a blight on our national reputation.” The Massachusetts Governor added, “The point is that this good nation is great when we open our doors and our hearts to needy children, and diminished when we don’t.”