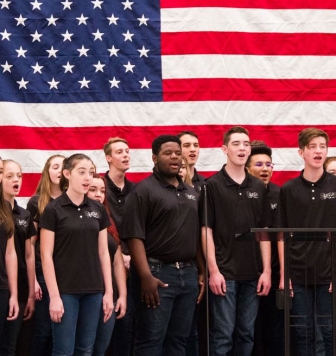 April 26, 2019 (El Cajon) – The East County Mayors Prayer Luncheon will be held on the National Day of Prayer, Thursday, May 2, at Foothills Christian Church, 365 West Bradley Ave., El Cajon. The public is invited to attend.

The annual event, held on the first Thursday in May to coincide with the National Day of Prayer, features a hands-on collaboration gathering of government, business and church leaders with one goal in mind, to improve East County communities for the better. The event will feature prayers for the mayors of the four East County cities, including El Cajon, La Mesa, Santee and Lemon Grove, and for all East County residents.

In previous years, the event also has included brief comments from the mayors, but this year will be different. Two of the East County mayors will be out of town, both of them will be in Washington, D.C. Absent will be Bill Wells of El Cajon and John Minto of Santee.

Wells has been invited by President Trump to attend the National Day of Prayer event in Washington, D.C.

Wells said the President read an essay he wrote and, as a result, he received an invitation to the nation’s capital. The essay, “How Donald Trump is the Christian Hero We Never Expected,” was published in Charisma News, a Christian-based news outlet.  https://www.charismanews.com/opinion/75555-how-donald-trump-is-the-christian-hero-we-never-expected.

Ironically, Minto also will be in Washington, D.C., May 1-2, for meetings with elected California Congressional representatives and staff members. Minto said he will be seeking construction money to improve Highway 52 as part of the Highway 52 Coalition (www.fixthe52.com).

Also speaking will be Mark Arapostathis of La Mesa and Racquel Vasquez of Lemon Grove.

Also invited to speak will be two candidates running for an open seat on the San Diego County Board of Supervisors, District 2, in the 2020 election. District 2, the largest of the county’s five districts, covers much of the East County. It covers more than 2,000 square miles and 50 communities and cities with more than 620,000 East County residents.

Much of the supervisorial district overlaps the same communities as the State Assembly and State Senate districts previously served by Anderson.  Over the last 12 years in Sacramento, Anderson at some point has represented 86.4 percent of the County’s District 2, and 78.2 percent most recently as a State Senator. Vaus’s Poway community represents 5.56 percent of the County’s District 2. Organizers said it will be Vaus’ first time ever to attend in the event’s six-year history. The two candidates are running to replace Dianne Jacob, first elected as Supervisor in 1992, who is termed out after six terms. 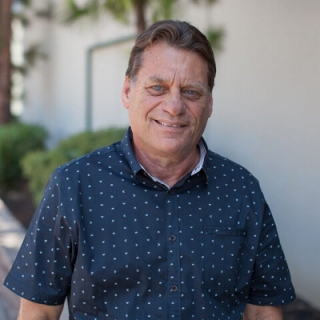 The keynote speaker at this year’s East County Mayors Prayer Luncheon will be Mark Hoffman (right), senior pastor at Foothills Christian Church. A La Mesa native and East County pastor for the past 40 years, Hoffman was a pastor’s son but quit Christianity while attending Helix High School in La Mesa. He later became an alcoholic. But, at age 23, he experienced a dramatic conversion and was called into Christina ministry. Hoffman and his brother Dave Hoffman, also a pastor, merged their two churches in 1987 to form Foothills Christian Church.

This year’s event is scheduled to begin at 11 a.m. with the National Anthem performed by OneAchord Choir, a 40-voice group of teenagers from Heritage Christian School in San Diego. The event also will include the honoring of those in military service and first responders. Lunch service will begin at 12:20 p.m.

The National Day of Prayer, an annual observance held on the first Thursday in May, invites people of faith to pray for the nation based on an understanding that the country was birthed in prayer and in reverence for the God of the Bible. The date was created in 1952 by a joint resolution of the U.S. Congress, and signed into law by President Harry S. Truman. Its purpose is to communicate with every individual the need for personal repentance and prayer, to create appropriate materials, and to mobilize the community to intercede for America’s leaders and its families.