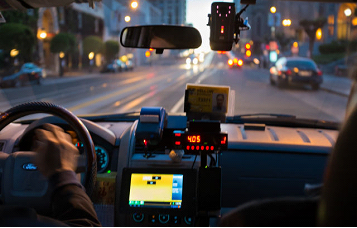 May 8, 2019 (San Diego) – If you need a ride today, you may need to call a taxi or catch a trolley. Uber and Lyft drivers across San Diego County are taking part in a nationwide strike for higher wages and more transparency from the ride-sharing companies.

Some 5,000  southern California drivers plan to turn off their apps today, according to Rideshare Drivers United. Picketing and a rally are also planned at Lindbergh Field’s Terminal 1 today.

The drivers are protesting Uber’s announced pan to slash per-mile compensation from 80 cents to 60 cents. They also want both companies to guarantee a $28 minimum wage to drivers, who use and maintain their own vehicles, paying for gas themselves.

Drivers keep about $17 an hour of that $28, representatives of the drivers have indicated.

Lyft issued a statement claiming its drivers average over $20 an hour and that 75% drive less than 10 hours a week, working around other jobs.

A statement from Uber indicates it will continue working to improve the experience for drivers, with options such as stronger insurance protections, college funding and/or more consistent earnings.

Both companies are going public. Lyft made its initial public offering last week and Uber plans an IPO tomorrow.

Drivers want more money. No surprise there, that seems to be a common theme among workers these days in all industries. Higher earnings, equals rising inflation costs everywhere else. This has become a vicious cycle, with no winners ultimately. I'm thinking a regular taxi could be less expensive, because their fare rates will probably increase as a direct result of these demands. Assuming the drivers get what they want.