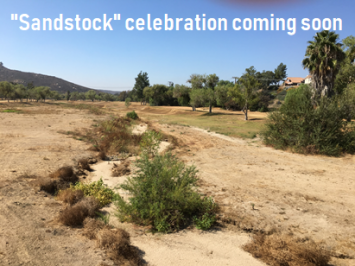 “Our technology team has developed a superior grade of artificial sand made from recycled products that can replace sand from riverbeds long used in construction of highways and other projects,” said Wei Tugo, lead researcher.

Dianne Jacob, Chair of the County Board of Supervisors, announced, “Thanks to this groundbreaking advance, the County of San Diego will no longer be buying sand for use in any of our roadways or other construction projects. Not only will this provide a use for recyclables that currently end up in our landfills, it will also eliminate the need for dredging scenic areas and wildlife habitat across our region to mine sand.”

Owners of properties proposed for sand mine developments at Cottonwood Golf in Rancho San Diego and El Monte Valley in Lakeside stated that due to the lack of a local marketplace for sand, they are abandoning their sand mining plans, said spokesman Rocky Crush. Details below:

Local tribal leaders have indicated that they are in negotiations to purchase the properties for uses to include nature preserves, equestrian 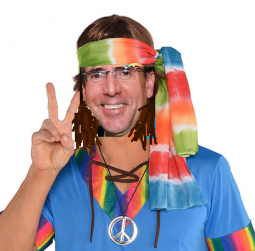 Area residents voiced relief at the news. Barry Jantz, spokesman for the Stop Cottonwood coalition, announce a community “Sandstock” music festival on Earth Day on the site to celebrate the victory in partnership with tribes, environmental groups, and ‘60s revival musicians

Where did my response go? I took it rather seriously after spending years working and reacting to protect our property, lives and neighbors interest in El Monte Valley. Am I an "April fool" to believe this was in good taste?
Those of us that immersed ourselves in the battle to preserve our environment and community would find this article that uses real people names and agencies, to make a joke by kicking sand in our faces; as tacky and in bad taste.

No offense intended.  Our formula for each April 1st is to take the biggest problems in East County and provide crazy solutions. It's obvious this is a parody or spoof, and many readers said they appreciaed it and shared it on their social media pages.

Personally,  I hope these places can be saved for the wildlife and the people who live nearby.