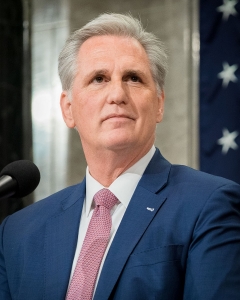 "The House GOP is spending this holiday season trying to block $2,000 survival payments for families struggling to keep food on the table."

December 24, 2020 (Washington, D.C.) - On the morning of Christmas Eve, the House Republican leadership blocked Democratic legislation that would provide $2,000 relief checks to Americans struggling to stay afloat amid the coronavirus pandemic and economic crisis, obstructing direct payments long supported by progressives and endorsed earlier this week by President Donald Trump.

After Hoyer's unanimous consent request was rebuffed, House Republicans attempted at the behest of the president to pass an amendment to reexamine foreign aid provisions in the newly passed omnibus government funding package. Democrats rejected the GOP amendment.

In a statement following the brief floor exchange, House Speaker Nancy Pelosi (D-Calif.) said that "House Republicans cruelly deprived the American people of the $2,000 that the president agreed to support."

"If the president is serious about the $2,000 direct payments, he must call on House Republicans to end their obstruction," said Pelosi. "House and Senate Democrats have repeatedly fought for bigger checks for the American people, which House and Senate Republicans have repeatedly rejected—first, during our negotiations when they said that they would not go above $600 and now, with this act of callousness on the floor."

Following the anticipated failure of their unanimous consent request, House Democrats are planning to hold a floor vote Monday on the CASH Act (pdf), stand-alone legislation that would boost the direct payments in the newly passed coronavirus relief package to $2,000.

"They can keep blocking and expose which side they are on," tweeted Rep. Rashida Tlaib (D-Mich.). "We will keep fighting and try again on Monday."

The CASH Act is expected to pass the House, but it will face an uphill battle in the Republican-controlled Senate, which has repeatedly refused to consider House-passed coronavirus relief legislation in recent months.

Sen. Roy Blunt (R-Mo.) told Politico Thursday that he doesn't believe Senate Majority Leader Mitch McConnell (R-Ky.) will even allow a vote on the CASH Act should it clear the House next week. If McConnell did permit a vote on the bill, added Blunt, it wouldn't garner enough Republican support to pass.

The fight over $2,000 direct payments comes after President Donald Trump on Tuesday released a video address in which he blasted the new coronavirus relief bill as a "disgrace" and suggested he might not sign the spending package unless it's amended to include bigger checks and cut out money for foreign aid, which is part of a omnibus funding measure that passed alongside the Covid-19 bill.

Trump's abrupt move imperiled the $900 billion coronavirus relief package—which includes an extension of emergency unemployment programs and funding for vaccine distribution—and heightened the chances of a government shutdown on December 29. If Trump doesn't sign the legislation, 14 million people could lose unemployment benefits on December 26 and a federal eviction moratorium will expire at year's end.

As the Washington Post reported Thursday, "If Trump does veto the legislation, Congress would then have the opportunity to override the president's veto with another vote. Yet it's likely that the relief effort could fall apart entirely at that point."

"Despite the looming deadlines," the Post added, "the president as of Wednesday evening was still weighing whether he should veto the relief package."