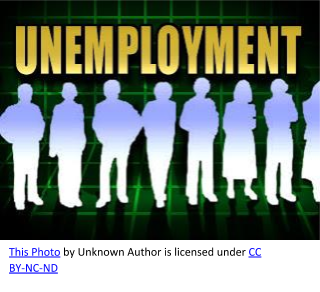 October 30, 2020 (Sacramento) -- Starting Saturday, October 31, Californians will be eligible for an additional seven weeks of benefits under the Pandemic Unemployment Assistance (PUA) program. The increase to 46 weeks is available for those who are reaching the end of their initial 39 weeks of benefits that they started as early as February 2. The process for re-computing the PUA claims is expected to take two weeks.

Assembly Bill 103 signed by Governor Newsom this summer allowed California to meet the unemployment level requirements under the federal CARES Act to increase PUA claims by seven weeks. In addition, the separate FED-ED extension benefits were increased from the usual 13 weeks of benefits to 20 weeks instead for those who run out of regular UI benefits.

Those who have the extra weeks of PUA benefits added will either receive notification through their UI Online accounts or by mail, indicating when they can certify for the benefits:•

The new notices will advise those currently collecting on a PUA claim that the additional seven weeks have been added to their claim and they should continue to certify for payments as usual.

For those who did collect PUA benefits but returned to work, they too will receive a notice letting them know that the additional seven weeks of benefits will be there if they ever need to reopen their claim before it’s set to expire onDecember 26.

In addition, federal CARES Act limits on PUA benefits are also being implemented, which requires any weeks of benefits collected on a regular UI claim or FED-ED claim to be deducted from a PUA claim. Some claimants may see a reduction to the PUA weeks available because of this, although it’s a small percentage of claimants. Those impacted include individuals who exhausted a regular UI claim or a FED-ED extension earlier in the pandemic and were eligible for a PUA claim because they didn’t qualify for another regular UI claim and remained unemployed due to a COVID-19 reason covered under the federal CARES Act. They will receive a notification by mail.

The Employment Development Department (EDD) has dramatically increased the speed in which unemployment claims are processed automatically and decreased the risk of fraud. The new ID.me tool helps streamline the process of verifying a claimant’s identity. Its implementation has assisted EDD in 85% of unemployment claims being processed automatically, an increase from 60% prior to the implementation of the EDD’s two-week reset period.

“This historic pandemic has created an avalanche of demand for unemployment benefits, often overwhelming our ability to keep up with a portion of claims that have required staff intervention,” said EDD Director Sharon Hilliard. “This new identity proofing tool is taking care of the biggest portion of our manual workload, helping EDD process new claims more efficiently and ensuring Californians receive the timely service they deserve.”

The addition of the ID.me identity tool also assists in fraud prevention. Information provided by individuals that don’t pass ID.me’s validation checks are blocked from filing a claim. Meanwhile, the EDD is partnering with investigators, law enforcement, and the Bank of America in resolving prior cases. The top priority continues to be clearing the identities of any claimants that may have been impacted by scammer attacks while shutting down fraudulent claims which will trigger notices of disqualification.

Additional enhancements are underway which will further increase the Department’s ability to automatically process claims.

For information on how to file a claim and answers to frequently asked questions, visit https://edd.ca.gov/about_edd/coronavirus-2019/pandemic-unemployment-assistance.htm?fbclid=IwAR0YC8eQwr6y6q8lHnrliJzBVYD5KQTO6hh4rvkC4Db1lsML1JI1LR0bOnY

I was unemployed in the 70's when the economy was way worse than it it is today. I think I got $140.00 a week and it didn't go far. After paying rent, car insurance and buying food there wasn't much left. Me and my wife lived in a small 1 BR in North Park. Unemployment Benefits were extended multiple times, then I got a job under the CETA program. Benefits were extended weeks before they were scheduled to end so I was always worried about what would happen.

Healthcare  and a guaranteed minimum income  for all..