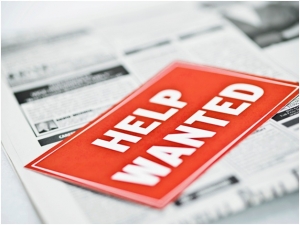 The jobless recovery is adding jobs, slowly and steadily. April job numbers released by the US Bureau of Labor Statistics show the US unemployment rate at 7.5%, the lowest rate in four years. The main job growth was in retail and food services however, and not the same high-paying industries that saw major job losses in the Great Recession.

On Friday, the Dow responded to the positive hiring news by reaching 15,000 for the first time before closing at 14,972, up .9% from the opening bell. The S&P ended 1% higher, also breaking the record by reaching the 1,600 mark. Growth in US markets was spread over most industries, including the beleaguered steel industry, with three stocks closing higher for every one stock closing lower.

Stock markets around the world rallied upon the good news, with both Asian and European markets ending higher despite downward-revised growth revisions by the European Union released the same day.