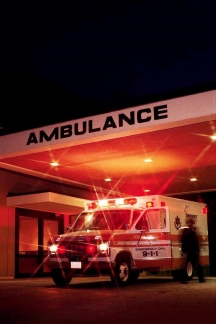 A 24-year-old man was driving the Nissan north on State Route 67, just south of Rancho De Oro Drive when the pedestrian was walking westbound across traffic lanes on the highway, according to Officer Jared Grieshaber with the California Highway Patrol.

The driver of the Nissan remained on scene following the crash.  The northbound lanes of State Route 67 were closed for approximately one hour for investigation.

This incident is still under investigation.  The driver of the Nissan was determined not to be under the influence of alcohol and/or drugs, the CHP concluded.