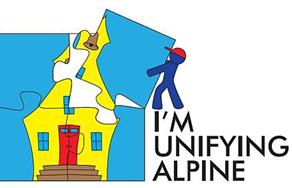 May 15, 2017 (Alpine) -- When construction of a high school in Alpine was delayed indefinitely following passage of bond measures in 2004 and 2008, Alpine Union School District (AUSD) decided to seek unification. Reorganizing the district would enable it to operate K-12 schools and build the high school without waiting on Grossmont Unified High School District (GUSD), which is responsible for the school’s construction under Props. H and U. Alpine’s proposal was given the green light by the County Office of Education, which forwarded its recommendation to the state Board of Education (Board) in 2014.

Three years later, that proposal is still under review in Sacramento. It’s due to go before the Board in July, or later, depending on what further information is needed.

“The process can take years. Lawsuits can delay it even further,” said Robert Oakes, a spokesman for the state Department of Education (CDE), who responded to East County Magazine recently by email and phone. He said the last approved unification proposal in California took 12 years. “It can take longer if the proposed district change triggers considerations under the California Environmental Quality Act (CEQA),” he said. “Lawsuits are not uncommon in these processes. They usually happen at the beginning and end.”

For years, the Alpine and Grossmont districts have been battling in court over plans for Alpine’s high school. Appeal arguments resulting from a decision in Grossmont’s favor at a prior bench trial are likely to be heard in the Fourth Appellate Court, First Division by early next year, as outlined in an accompanying East County Magazine article. Grossmont argues that it is not mandated to build the school at this time.

“The state does not get involved in court actions,” Oakes said. “Our role is quite limited. California is a ‘local control state.’ Each school district runs its own operation, while the state has jurisdiction over unification and dissolution. In the past 20 years, there have been only 13 requests for unification or dissolution.”

In March this year, the CDE requested more information from the districts. Their deadline to respond is May 17, according to a staff letter to the County Office of Education.

“Under the state Education Code, there are nine conditions that must be met by the unification proposal," Oakes said. "For example, the district must be based on community identity; there must be no racial discrimination or segregation; the change cannot create additional cost to the state budget; and the new district must be adequate for students enrolled. If the state approves Alpine’s request, the issue would go back for a local vote as an item on a general election ballot,” he said. History has shown some proposals are not approved by voters.

In 2015, AUSD sent a letter to Tom Torlakson, State Superintendent of Public Instruction, asking him to speed up the unification review, due to bond funds being raised by taxpayers for a school that was not progressing. District representatives also met with CDE Fiscal Services in Sacramento that year, Oakes said. Staff informed them that CDE is required to follow the process mandated by state law and cannot expedite it because an individual school district makes such a request, Oakes said.

“There is no time frame set for reorganization proposals,” he said. “It depends on the issues involved and the staff work required to address those issues. Additionally, a few proposals including Alpine were impacted when the Legislature passed the Local Control Funding Formula (LCFF) four years ago, which completely changed state funding rules for public schools. The change required CDE to create a methodology for calculating LCFF funding for reorganized districts, which took about 18 months. The affected proposals will take three to four years to process, when in normal circumstances processing takes one to two years.

Alpine’s unification proposal is due to go before the Board of Education in July or possibly later. The Board is mandated to notify the public 30 days prior to its hearing. Agendas are on the CDE web site at cde.ca.gov