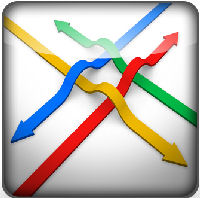 October 26, 2012(San Diego) – As part of its ongoing commitment to cultural diversity and responsible banking, and in commemoration of Disability Awareness Month, Union Bank, N.A., has  partnered with KPBS to recognize two local heroes who are making a positive difference to improve the lives of others.

The 2012 Local Heroes campaign is designed to celebrate and pay tribute to extraordinary members of the community who are making a difference by improving their workplaces, neighborhoods, region and the world.  The 2012 Disability Awareness Month honorees are: Louis Frick and Laurel Moorhead.

“Union Bank is honored to have the opportunity to partner with KPBS in recognizing the leadership and devotion of these community members,” said Senior Executive Vice President Pierre P. Habis, head of Community Banking at Union Bank. “The Local Heroes program is a reflection of the vibrant communities we serve.”

“KPBS has the honor of partnering with Union Bank to recognize the amazing individuals and their vigorous efforts,” said Tom Karlo, KPBS general manager. “KPBS is proud to focus on these honorees in our programming. Their journeys lend life lessons and epitomize making a constructive difference in our neighborhoods and ultimately the world.” 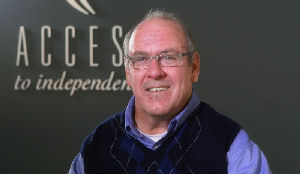 In 1977, at the age of 19, Louis Frick became a quadriplegic as the result of an automobile accident.  Since then, the San Diego State University alum has dedicated his life to enhancing awareness and advocating for people with disabilities. He was instrumental in the passing of H.R. 5610, a bill designed to preserve balanced funding for California’s 29 Centers for Independent Living.   Mr. Frick serves on many boards and committees, including the Mayor Sanders’ Committee on Disability for the City of San Diego, the California State Independent Living Council, and the California Foundation for Independent Living Council.  He has also been a board member and elected officer for the National Council on Independent Living, the Unified Port of San Diego’s Accessibility Advisory Committee, and the San Diego Disability Action Coalition and has served as a consultant for disability-related organizations at the local, state and national level.  Additionally, Mr. Frick was a member of the Host Committee for Super Bowl XXXVII, held in San Diego. 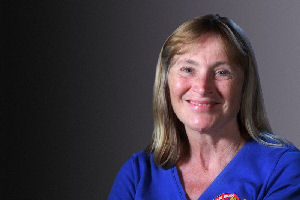 Laurel Moorhead is one of the founders of the San Diego Adaptive Sports Foundation and has served as the organization’s executive business manager and executive director. The Foundation provides sport camps for children with physical disabilities and exposes them to healthy activities and to other children like themselves. Ms. Moorhead believes that participating in sports provides people in wheelchairs the opportunity to learn, make friends, get healthy exercise and most importantly, have fun. With her remarkable devotion, passion and energy, the foundation has flourished and hundreds of kids and adults have benefited immensely. Under her stewardship, the foundation began many major fundraisers, including Stroll n Roll and Rolling Hoops. She is an advocate for the needs of those with physical disabilities and has shared her knowledge and compassion through other organizations like HeadNorth, Challenged Athletes and support groups at local hospitals.

Throughout the respective commemorative heritage months, KPBS will air video profiles of the winners, highlighting how they made a difference in their community. To view the videos and to nominate future heroes, click here.  For more information on the Local Heroes program, please also visit Union Bank Local Heroes.