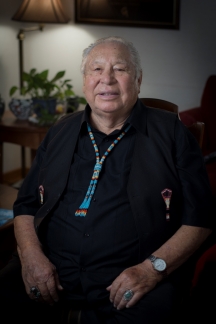 November 4, 2016 (San Diego) -- In celebration of American Indian Heritage Month and as part of its ongoing commitment to inclusion, diversity and responsible banking, Union Bank has partnered with KPBS to honor two inspiring local heroes. The 2016 American Indian Heritage Month honorees are: Joely Proudfit, associate professor/director at California Indian Culture & Sovereignty Center, Cal State University San Marcos; and Randy Edmonds, founder and director, Indian Human Resource Center. The honorees will be recognized at a private dinner with their families and executives from KPBS and Union Bank.


KPBS and Union Bank have collaborated on the Local Heroes program and recognized more than 200 honorees since 1998. The program pays tribute to exemplary leaders who are making a difference and enriching the lives of others by improving their community, region and the world at large. The 2016 American Indian Heritage Month honorees demonstrate a shared commitment to providing their communities with the tools to thrive in today’s changing world.

“Union Bank is pleased to recognize Joely Proudfit and Randy Edmonds for their contributions to the American Indian communiites,” said Union Bank Regional President Robbin Narike Preciado. “The honorees’ accomplishments and enthusiasm to serve their communities is an inspiration to all of us.”

“We are proud to join with Union Bank to honor the achievements of Joely Proudfit and Randy Edmonds and spread the word about the great work they are doing,” said Tom Karlo, KPBS general manager. “They have made a positive impact on the community both here at home and nationally.” 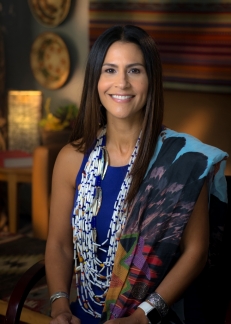 Joely Proudfit is an associate professor of American Indian Studies at Cal State University San Marcos and is the director of the California Indian Culture & Sovereignty Center (CICSC), focusing on serving the unique needs of American Indian students by conducting original research and preserving the cultural heritage and languages of tribal communities. She is also the director and founder of California’s American Indian and Indigenous Film Festival, now in its fourth year. The festival highlights professional American Indian actors, directors, and producers. Recently the White House appointed Dr. Proudfit to the National Indian Education Advisory Board, a group aimed at identifying and eliminating educational roadblocks for American Indian students. This past year, Dr. Proudfit volunteered her time to contribute to the Beyond the Stereotype Campaign, collaborating with various university entities and student organizations to advocate for the eradication of stereotypes of American Indians and mascot use. An author and recipient of countless fellowships, grants, and awards, Dr. Proudfit has taught at California universities for more than two decades and serves as a mentor, advisor, and inspiration to countless individuals working tirelessly to help fellow American Indian students succeed. She is a descendant of the of Pechanga Band of Luiseño Mission Indians.

Randy Edmonds has spent more than 40 years advocating for American Indians. Founder and director of the Indian Human Resource Center, and Senior Advisor of Southern California American Indian Resource (SCAIR), Edmonds is a respected Southern California Tribal Elder, a popular community spiritual leader, a master of ceremonies, and a community organizer and activist. Edmonds is also a well-known American Indian traditional speaker about Native American history, culture, and traditions. When Edmonds is not giving traditional cultural blessings and speaking about the importance of building close family unity, he assists Native Americans in reaching personal and professional goals by overcoming individual barriers and challenges at SCAIR, a non-profit community based organization. He was a participant in the Bureau of Indian Affairs Relocation program of the 1950’s, when he relocated his family to the Los Angeles area. Opportunities brought him to San Diego in 1974. In 2013, Edmonds was honored as a local legend at the San Diego County Library.