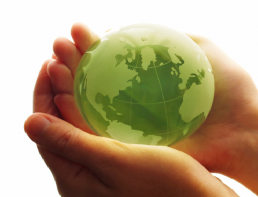 September 21, 2011 (San Diego) -- For many years there was the assertion that smoking posed no danger to our health, but we now know the science community was right. It also took a while to figure out that acid rain really posed problems. Fortunately, our society has implemented policies to address these serious issues. The same is true for climate change. In the end, we will work together to solve it.

What climate change skeptics such as Santee Mayor Randy Voepel may not realize is that reducing our reliance on fossil fuels will provide many other benefits. These include creating good jobs and cleaner air, saving money for businesses and families, and strengthening national security. Reducing greenhouse gas emissions will also help protect farmers’ harvests and food supplies from drought, as well as reduce risks of devastating wildfires and floods.

As we fight to solve the climate change crisis, here are some benefits to our region and our nation: 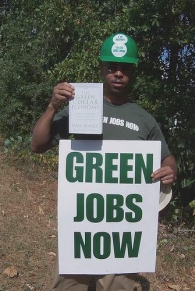 Jobs: With California’s leadership to address climate change, we have seen $11.1 Billion in investment into clean energy technology (source: Cleantech Group) and 500,000 jobs for our citizens (source: CA Department of Employment).

Clean air: Less dependence on fossil fuels means cleaner air and better health. Fossil fuels create particulates that get into our lungs and cause diseases that most significantly affect our children and elderly citizens. 91% percent of Californians live in counties with failing air quality grades due to fossil fuel use according the American Lung Association’s 2010 State of the Air Report.

Savings: Energy efficiency and conservation can save money for your family and your business. To lower costs and demonstrate good environmental stewardship, Target stores, for instance, recently implemented energy efficient lighting in their refrigerated and freezer sections.

National security: We can increase our national security when we stop funding outside entities that dislike our way of life. Every day the United States sends $1.15 Billion to other countries for oil. That’s $420 Billion per year that we’re sending to countries that, at minimum do not share our interests and at worst, despise us. By developing renewable energy sources and parts in the United States we can build our own economy and create more American jobs!

While we consider the benefits of reducing our reliance on fossil fuels, please also consider the negative impacts of climate change that are already causing worldwide economic problems and human suffering.

Reduction in grain harvests: From 1981-2002, drought and flooding caused a decline in global grain yields by 40 million tons a year, a trend from which we have not recovered. 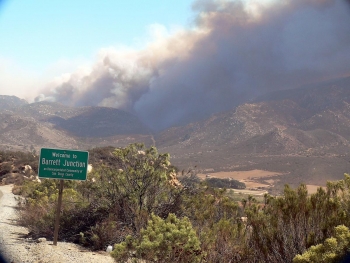 Increase in floods: In 2010 abnormal flash floods struck the U.S. in Rhode Island, Tennessee, Arkansas, and Oklahoma which resulted in property loss and tragic deaths. This was predicted in a climate change report commissioned by the Bush Administration in 2007 and released in 2009 which warned that the United States would see greater incidences of severe weather and heavier rainfall due to climate change.

We should be thankful for Mayor Randy Voepel and Miriam Raftery, editor of the magazine, because their actions lead to many responses and this exchange. Mayor Voepel took the time to write a candid response to organizers and Miriam was brave enough to challenge that response. Without both of these people, we wouldn’t be having this dialogue. This is especially important because open dialogue and mutual consideration are key elements for us to move forward as a nation and as a people.

For those who want to know the truth on climate change 1) Do your research 2) Follow the money 3) Examine the science. 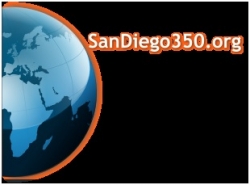 Thank you for supporting our event ‘Moving San Diego to a Clean Energy Future’ which is dedicate to reducing dependence on fossil fuels, increasing clean energy generation, and creating local clean energy jobs. Activities begin at 10 a.m. on Saturday in Balboa Park. For the full schedule and more information: http://www.sandiego350.org/.

By working together, we can achieve great things.

How to coax a recalcitrant mayor to march in your parade.

1. Give him an "F" on his report card and publish it in the newspapers.

2. Complain to the local newspaper editor that he rejected your invitation.

3. Push a button and make him go "Splat".
http://www.breitbart.tv/disgusting-global-warming-advocates-joke-about-s...

What the sustainability alliance doesn't realize is that every green job takes two jobs away from the existing economy. Think about it, when you become "Energy Efficient" your home uses less energy and that puts a Utility worker out of work, but it also lowers the profit margin for SEMPRA and they don't build secret ports and pipelines for LNG in Mexico. Where will they sell the energy? That puts the ships out of business, which slows the growth of ship-builders, and without that growth, steel manufacturers go out of business. What are you thinking?

What about transportation, if we build electric cars and mass transportation, GM will go bankrupt, again. If we stop driving and start taking the bus, our cars will not need tires, or gas, or repair. What about all the insurance agents that will be out of work? No more parking tickets means less revenue for the City, and that puts pension people out on the street. Who will hire them?

Our economy is dependent upon constant growth, consumers buying more, and increased population. You can't build solar panels without energy. Where do you think plastic comes from? What about fertilizer and pesticides? Without tractors turning our soil, we can't grow enough corn for bio-fuels. We need Carbon Fuels to support our wasteful society, else we will loose our global dominance.

The idea that you can build a green economy is a pipe dream. Young people don't have jobs as it is, and they can't support Social Security for their wealthy parents as it is. What will hospitals do without carcinogens to support the demand for medicare? Who will we serve if not the corporations?

Green jobs will be an economic boom. We're already seeing that here.

As with any transition there will be some jobs lost but likely many more gained.  When automobiles were invented there were horse and buggy delivery services put out of work, but many new manufacturing jobs plus motor vehicle deliveries emerged.  Same with computers displacing typewriters, or sewing machine operators replacing seamstresses who stitched by hand.

Going green creates many jobs, from retrofitting homes to be energy efficient, to building and installing solar panels and systems, designing, building and operating wind farms, researchers working in clean-tech labs to create better fuels and more energy efficient appliances and so much more.  Look at Sapphire Energy in San Diego, which is making algae-based jet fuels!  Look at the high number of new green jobs ALREADY in San Diego. You can't deny the actual numbers.   How big an industry will algae fuels alone create--making and delivering all that fuel?  Retrofitting vehicles if that's needed.  The US Navy is preparing to sail a "Green Fleet" around the world on algae fuels so this is not a pipe dream. Algae is a far more viable option that corn, which takes agricultural lands out of food production.  There will be people to teach and train all these new workers in green fields, and so much more.

This thoughtful, positive article is a refreshing change from the dogmatism and name calling that surrounds this and other important issues to our community. It reminds us that we can come together to move the nation forward if we agree to listen to each other and work towards common causes. Thank you.

Supporting this kind of advocacy is one that our leaders must focus on. Our environment is being destroyed and All we need is to be more careful and needs to be more healthy