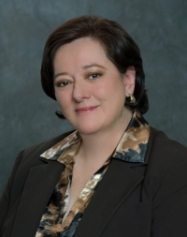 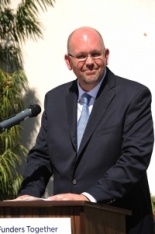 In an interview with the East County Magazine Show originally aired on KNSJ radio, Dolores Diaz, Executive Director of the Regional Task Force on the Homeless, and Michael McConnell, an advocate for the homeless who has served as team leader for “25 Cities”, a national initiative to end homelessness and publisher of Homelessness News San Diego, discussed this year’s results of the point-in-time homeless count, as well as long term solutions to end homelessness.

Hear our interview by clicking the orange arrow above (sound files may take a few moments to load), plus scroll down for additional details and updates obtained after our interview aired.

More than 1,670 volunteers fanned out on a single day in January to count sheltered and unsheltered homeless people in most regions of the County (though some rural and mountain areas were excluded).

The count found 8,692 homeless people in San Diego County, though organizers believe El Cajon’s sheltered homeless were undercounted due to the East County Transitional Living Center not collecting data required by the federal department of Housing and Urban Development (HUD). That likely skewed results that showed East County with 7.7% of the total homeless population in our region.

Overall, the count found 3,752 people living in shelters and 4,940 who are unsheltered. There were some bright spots, notably a steep drop in the number of homeless veterans thanks to new programs to help them that have been adopted. But for many other homeless people, the situation has become even more bleak.

The City of San Diego has by far the highest number of homeless: 5,093, of whom more than half (58.6%) are unsheltered. The City has drawn criticism for its practices of homeless sweeps in which law enforcement confiscates belongings from homeless encampments and for putting sharp rocks in places where the homeless were sleeping. But with a lack of enough beds in shelters, the punitive measures seem outright cruel ; where else are the homeless people supposed to go?

Over the years, many have found their way out to East County.  In the unincorporated areas, the county found 336 homeless people—and none of them were in shelters, since the County does not operate any places for the homeless to sleep.  The highest count was in Spring Valley with 134 homeless people. Ramona, an area with cold winter temperatures, had 61 homeless people during the January count, while Lakeside 87 and Casa de Oro 20.

Among East County’s incorporated cities, Santee had 44 homeless, La Mesa had 31, and Lemon Grove 12—all unsheltered.  None of those cities have shelters, either.

El Cajon had 321 total homeless who were counted, of whom 103 were unsheltered.  But Dolores Diaz, executive director of the Regional Task Force on the Homeless, believes the number of sheltered homeless in El Cajon was substantially undercounted—and she wants that to change for future counts.

She says the goal is to county the actual people in the beds for both HUD-funded and non-HUD funded programs, gathering data to enter into a database system that can be used to determine each homeless person’s needs.

“Unfortunately we could not do that for the East County Transitional Living Center because the ‘data was not collected.’  In summary, we knew about the beds but could not verify occupancy since there was no data provided on the people in those beds,” she told ECM in an e-mail.  She also expressed thanks to the facility for allowing it to be used as a volunteer county center, despite the data issues.

While ECTLC reports numbers to the city of El Cajon to meet local reporting requirements, that information does not meet federal requirements for HUD-funded or other federal programs; that data is included in a report to Congress each year.

ECM asked the City to clarify why the data was not provided this year and whether the City would take any action to improve the situation.  The City referred our inquiry to Pastor Harold Brown who runs the ECTLC.

Pastor Brown noted that his facility has participated in the “We All County” for the past eight years “and will continue to partner in the future.”  He said the Community Development Block Grants that El Cajon provides each year to agencies are supervised by HUD. “ECTLC has applied for these grants and have reported in detail to HUD all that receive assistance through that grant,” he said, adding the number is a small percentage of people housed at ECTLC through its programs. “ECTLC receives no other government grants or HUD funds that would require reporting to them.”

He said that for many years, ECTLC did work with a HUD tracking program, Service Point. “The program required licensing and an annual fee as well as the equivalent of a full time staff member to input the data. ECTLC did not renew its license due to financial reasons.”   Pastor Brown added, “ECTLC is open to partnering with the group you interviewed if they would like to bear the expense of staff and program expenses to track the data.”

Diaz responded, “I believe that the ECTLC did not understand the impact that not collecting and providing the data would have on the results of the count.”  Hoping to resolve the issue, she added, “Moving forward, we have offered to waive licenses for some agencies/organizations that are struggling in order to provide an incentive for HMS data collection.” She also indicated that the Regional Task Force For the Homeless offers assistance to agencies struggling with data entry capacity; “As a result, we enter the information into the system for them.”  That can only be done, however, if the shelter agency first collects the data on the people sheltered at its facility, which was not done at  the ECTLC the past year.

Last year, San Diego had the fourth highest homeless population in the nation, but ranked only 23rd in the amount of funding received to address homelessness issues.  Accurate counts are important to assess the scope of the problem and find solutions.

Both Diaz and McConnell are calling for national best practices to be implemented in San Diego now to end homelessness. These include developing a “by name” list of people counted to identify their unique needs and creating a coordinated entry system so agencies across the county can easily access data and deploy resources.

They also call for long-term supportive housing, particularly in San Diego, an area with housing costs so high that many people simply cannot afford a place to call home.

McConnell believes that money spent on sweeps to “clean up” homeless camps “could be invested actual permanent solutions. These are dehumanizing effects on the people who are experiencing homelessness.” He says that creates a combative attitude between residents and the homeless, some of whom have had PTDS, domestic violence or mental health issues. “This just traumatizes people over and over again.”

Map of homeless in our region