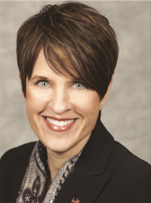 Duffy, a Democrat who was appointed by President Obama in 2010, was likely to be replaced by a Republican when President-elect Donald Trump takes office.

Prior to serving as U.S. Attorney, Duffy, 54, was a career federal prosecutor with the Department of Justice, specializing in narcotics cases.

She fills the vacancy created by the retirement of Judge William R. Nevitt.