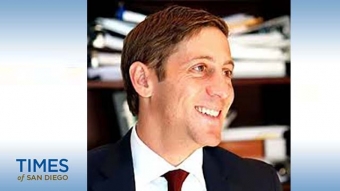 September 16, 2019 (San Diego) - Rep. Duncan Hunter’s lawyer left out facts and distorted a federal judge’s remarks when he asked an appeals court to hear arguments he hopes would lead to the Alpine Republican’s corruption case being dismissed, prosecutors say.

Government lawyers want the 9th U.S. Circuit Court of Appeals to dismiss Hunter’s appeal as frivolous — or at least expedite its handling.

In a 13-page response filed Friday* with the 9th Circuit, prosecutors picked apart arguments made by Hunter attorney Devin Burstein, who cites a provision in the Constitution as reason to throw out the 60-count indictment.

“Hunter does not seriously engage on the merits at all,” said U.S. attorneys including Emily Allen, Mark Conover and Phillip Halpern. “He does not show how the district court clearly erred in concluding that the [Hunter family] trip to Italy was a personal trip, or that his attempt to schedule a Navy base tour served as a ‘pretext for the family vacation and not for any legislative purpose.’

Hunter wants his campaign funds misspending case — set for January trial — dismissed as a violation of his constitutional rights under the Speech or Debate Clause — where members of Congress can’t be prosecuted for “legislative acts.”

Judge Thomas J. Whelan correctly found that Hunter’s abandoned attempt to schedule a visit to a Navy base “was designed primarily to provide a pretext for the family vacation and not for any legislative purpose,” prosecutors wrote. “At the hearing … the district court found that the Italy ‘vacation was going to go forward regardless.’”

Downtown lawyer Burstein argued that Whelan “could not have been more clear” when he said: “I’m not willing to say that Mr. Hunter’s appeal is frivolous.” And “I didn’t make a finding that [his Speech or Debate Clause claim] is frivolous.”

But prosecutors said Burstein removed the nuance in Whelan’s statements that show it is far from clear, quoting the judge as saying: “I’m not in a position to say that it’s frivolous or not frivolous.”

“While it is true that Margaret Hunter received $116,000 from the campaign, this is in addition to the more than $250,000 in campaign funds the Hunters embezzled in order ‘to purchase goods and services for their personal use and enjoyment,’” prosecutors said.

“It is curious that Hunter’s newest attorney can even make an assertion about what the grand jury saw or heard (since he was not there), but more significant that he omits the history of sustained communications between Hunter’s attorneys and the prosecution team to ensure that any evidence of legislative acts would not be presented to the grand jury.”

Hunter’s lawyer also argued to the San Francisco-based 9th Circuit that the East County congressman’s Federal Election Commission reports must be treated as protected legislative activity and can’t be used against him.

“Under Hunter’s reading of the Clause, not only would incumbent federal legislators be immune from prosecution — they could never be compelled to file FEC disclosures at all,” prosecutors said.

“It is well-settled that FEC reports are … unaffected by any legislative privilege. Hunter’s newly raised claim is entirely frivolous,” the government argued.

Prosecutors also brushed aside attorney Burstein’s effort to avert a sped-up hearing of the appeal. Burstein called for a more leisurely pace since he’s busy bonding with a son born June 29 and needed more time to properly represent Hunter.

“If the case is not expedited … Hunter’s appeal may not be determined for another year or more, putting off indefinitely the date when he could be brought to trial,” prosecutors said. “Without expedited treatment, the citizens of Hunter’s district will suffer, the trial will await a resolution, and justice will be delayed.”

The government filing concluded: “This Court should dismiss Hunter’s appeal. Alternatively, review should be expedited to allow the trial to proceed as currently scheduled on January 14, 2020, or as soon thereafter as possible.”

Burstein did not immediately respond to a request for comment.

*Correction: An earlier version of this story said the response was filed Monday.