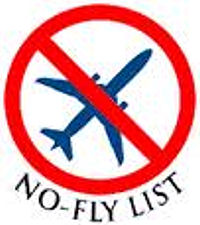 July 4, 2012 (San Diego) – The San Diego chapter of the Council on American-Islamic Relations (CAIR) is speaking out in hopes of aiding a San Diego citizen of Somali heritage who is stranded overseas—the second local Muslim in a month to be barred reentry to the U.S.
Ali Ahmed, a student majoring in journalism  at City College, is an American citizen. He came here as a refugee  and recently sought to return to Africa to meet his father, who he became separated from during the war. The two were slated to meet in Kenya, where many Somalis sought refuge.
According to a UT San Diego article, Ahmed, 20,  also planned to complete an arranged marriage. He reportedly stopped in Mecca, located  in Saudi Arabia, for a religious pilgrimage en route.  But he was denied boarding in Bahrain, where he learned in late June that he had been placed on the U.S. government’s no-fly list.
No explanation has been provided by the federal government, which is prohibited by the U.S. Privacy Act from disclosing who is on the no-fly list.  Since inception of the list following the terrorist attacks on September 11, 2001, many have been placed on the list in error, including such prominent Americans as the late Senator Ted Kennedy.
In a letter sent to Secretary of State Hillary Clinton, CAIR Staff Attorney Gadeir Abbas wrote: “His placement on the No-Fly List without due process of law, and his corresponding inability to fly back home to the United States, constitute grave violations of his civil rights and liberties.”
Last month, CAIR advocated on behalf of another San Diego Muslim citizen stranded in Costa Rica after being placed on the no-fly list. That man was later allowed to re-enter the United States overland through the Mexican border, as MSNBC reported.

Earlier this year, CAIR called on the Department of Justice (DOJ) to investigate acts of "coercion and intimidation" allegedly used by the FBI to pressure Muslim citizens into giving up their constitutional rights if they wished to return to the United States from overseas.

Last year, CAIR filed a lawsuit against the DOJ and the FBI seeking a court order to allow a Virginia Muslim teenager who had been detained in Kuwait and placed on a U.S. government no-fly list to return to the United States.
(See:  CAIR: Va. Muslim on No-Fly List Returning to U.S. http://tinyurl.com/6egwl7e and  CAIR Complaint for Injunctive and Declaratory Relief
http://www.cair.com/Portals/0/pdf/noflysuit.pdf)

CAIR, the nation’s largest Muslim civil liberties and advocacy organization, has assisted a number of other American Muslim citizens who have been stranded overseas by government actions.

How come they simply arrest those guys without further explanations?