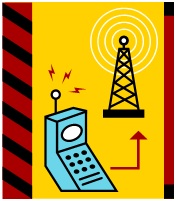 August 31, 2011 (Washington D.C.) – The federal government today filed an antitrust lawsuit in U.S. District Court to block AT&T’s acquisition of T-Mobile. The U.S. Department of Justice took the step to ensure that “everyone—including consumers, businesses and the government-continue to receive high quality, competitively priced mobile wireless products and services,” according to U.S. Deputy Attorney James M. Cole, who also voiced concerns over the merger's impact on rural and low-income residents. 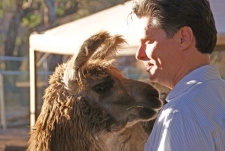 The proposed merger of two communication giants sparked heated debate in San Diego, where the California Public Utilities Commission held a recent hearing. It has been opposed by many rural East County residents who have complained about poor line maintenance by AT&T, including fire survivors and others left without phone service for weeks as well as a rancher who lost a llama bitten by a rattlesnake while his AT&T line was dead, as ECM has previously reported. The merger was supported by Chambers of Commerce, many educators and numerous community groups, including some that have benefitted financially from AT&T donations.

“The Department filed its lawsuit because we believe the combination of AT&T and T-Mobile would result in tens of millions of consumers all across the United States facing higher prices, fewer choices and lower quality products for their mobile wireless services,” a release issued by Cole stated. “Consumers across the country, including those in rural areas and those with lower incomes, have benefitted from competition among the nation’s wireless carriers, particularly the four remaining national carriers. This lawsuit seeks to ensure that everyone can continue to reap the benefits of that competition.”

Right now, four nationwide providers account for more than 90 percent of the mobile wireless connections in America. Preserving competition among them is “crucial,” the Justice Department maintains, noting for example that AT&T and T-Mobile currently compete head-to-head in 97 of the nation’s largest 100 cellular marketing areas. They also compete nationwide to attract business and government customers. “Were the merger to proceed, there would only be three providers with 90 percent of the market, and competition among the remaining competitors on all dimensions—including price, quality, and innovation—would be diminished.”

AT&T has claimed the merger was needed to expand its faster 4G wireless spectrum network to compete with Verizon and cover 97% of the population with 4G. However, the Department’s complaint shows evidence that in fact AT&T felt competitive pressure from T-Mobile. One example cites an AT&T employee observing that “[T-Mobile] was first to have HSPA+ devices in their portfolio…we added them in reaction to potential loss of speed claims.”

Cole observes, “So as you can see, a merged AT&T and T-Mobile would combine two of the four largest competitors in the marketplace, and would eliminate T-Mobile, an aggressive competitor, from the market.” He added pointedly, “Although there has been a leadership change in the Antitrust Division, one thing has not changed – the Division will remain steadfast in its mission to vigorously enforce the antitrust laws. . .We are seeking to block this deal in order to maintain a vibrant and competitive marketplace that allows everyone to benefit from lower prices and better quality and innovative products.”

Sprint and many smaller carriers have also contended that the merger would harm competition and result in higher prices for consumers by eliminating T-Mobile.

AT&T has promised to pay T-Mobile $3 billion if the merger does not go forward, as well as “spectrum rights and agreements that could be worth billions more,” AP reported today.

The Obama administration has taken an aggressive stance against other corporate monopolies, notably filing an antitrust suit against Google in April after its $700 million takeover bid for ITA, the world’s largest airline search software company. That case was settled after Google agreed to accept certain restrictions.

Giant in business. What can i say? They are create a kingdom where rick man got best service and poor man got bad service. I hope future will not be like that.
---
thiet ke noi that dep