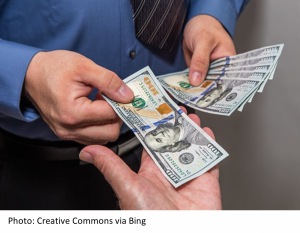 An investigation by the U.S. Department of Labor’s Wage and Hour Division found that the company paid overtime hours at straight-time rates in unrecorded cash, instead of paying time and a half as required by law when employees work more than 40 hours in a week.

The investigation led to the recovery of $98,720 in overtime back wages owed to 39 employees and assessment of $25,380 in penalties for the employer’s willful violation of the law.

“Employers who try purposely to avoid paying overtime deny workers’ basic right to get paid properly for all of the hard work they do,” said Wage and Hour Division District Director Eric Murray in Phoenix. “The U.S. Department of Labor will hold violators like J S Plastering accountable and protect law-abiding employers against those who attempt to game the system and gain an unfair competitive advantage.”

Based in Jamul, J S Plastering is a residential and commercial construction company. According to Dun & Bradstreet, J S Plastering Inc has 30 total employees across all of its locations and generates $2.34 million. The current president is Jeff Seifert.

For more information about the FLSA and other laws enforced by the division, contact the agency’s toll-free helpline at 866-4US-WAGE (487-9243). Learn more about the Wage and Hour Division, including a search tool to use if you think you may be owed back wages collected by the division.