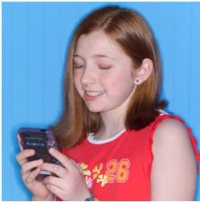 The San Diego Internet Crimes Against Children Task Force is a collaboration of local, state and federal agencies who investigate offenders using the internet or other technology to sexually exploit children. The Task Force was developed in response to an increasing number of children and teens using the Internet, the abundance of child pornography and the heightened online activity by predators seeking unsupervised contact with underage kids.

For information on how to keep your children safe from Internet predators, visit the Task Force’s website http://sdicac.org/.