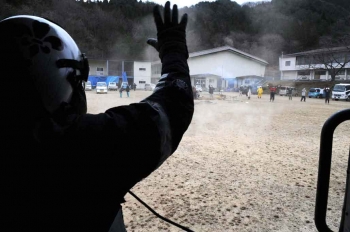 March 16, 2011 (San Diego) – CNN reports that the U.S. military has temporarily blocked access to 13 major sites including YouTube, eBay, Amazon. Sites are blocked across the Department of Defense’s .mil computer system at the request of the Pacific Fleet, which is off the Japan coast aiding in rescue and relief efforts.

The U.S.S. Ronald Reagan, based in San Diego, has been posting photos and updates on Facebook about crews' efforts to assist following the 9.0 earthquake, tsunami, and now, nuclear crisis.

The blocked sites are:

Really a good resources . Thanks
Keeps on posting.
Push Up Bra

Hello, nice day.. Your article is quite uplifting.
Women Lingerie

I don't believe a word of it.

The sites -- including YouTube, ESPN, Amazon, eBay and MTV -- were chosen not because of the content but because their popularity among users of military computers account for significant bandwidth, according to Strategic Command spokesman Rodney Ellison.

The block, instituted Monday, is intended "to make sure bandwidth was available in Japan for military operations" as the United States helps in the aftermath of last week's deadly earthquake and tsunami, Ellison explained.

Story is also in most other major media outlets today.

(The sites are only blocked to military personnel, not the general public)