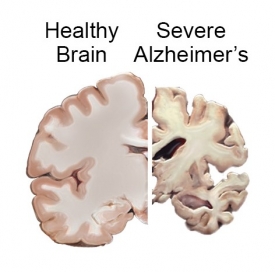 County Supervisor Dianne Jacob, who spearheaded creation of the The Alzheimer’s Project last year, offered this response to USC’s announcement. “This is welcome news because it brings more firepower to San Diego’s cutting-edge efforts to fight the disease through initiatives like The Alzheimer’s Project. No place in the world is doing more to address Alzheimer’s research and care, and clearly, USC wants to be part of that,” Jacob stated.

Dr. Paul Aisen, founding director of the institute, will lead the institute in its mission to accelerate development of effective treatments for Alzheimer’s through multi-center clinical trials. He has been a leader in Alzheimer’s research for over 20 years.

The center is working to recruit researchers to focus on the brain and its role in medical conditions including Alzheimer’s, in line with the BRAIN Initiative announced by President Barack Obama in 2013.

Alzheimer’s disease is the most common form of dementia, or severe decline in mental ability. The disease is the sixth leading cause of death in the United States and the only disease in the top 10 that can’t be prevented, cured or slowed, according to the Alzheimer’s Association.

To learn more about Alzheimer’s, visit the Alzheimer’s Association webpage at www.alz.org.