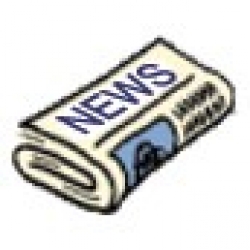 May 13, 2015 (San Diego) – UT San Diego, our region’s largest daily newspaper, has announced an agreement to sell to Chicago-based Tribune Publishing. The fourth largest newspaper chain in America, Tribune Publishing owns the Los Angeles Times, Chicago Tribune, and other major newspapers.  The $85 million deal would end local ownership of the 146-year-old newspaper and the controversial reign of developer Doug Manchester as publisher, opening the door to a potential shift toward higher journalistic standards.

Manchester acquired the newspaper in 2011, later acquiring a total of nine local publications ranging from the North County Times to the Ramona Sentinel, also included in the deal. He has drawn criticism for injecting political bias into the newsroom as well as using the newspaper to further his own personal financial interests as a developer.  When a developer-stacked red tape reduction task force appointed by Supervisors sought to eliminate community planning groups countywide, Manchester failed to inform his readers.

While many newspapers wield influence through editorial pages, Manchester went further, wrapping the front page in editorials for conservative candidates he favored.  After helping elect Republican Mayor Kevin Faulconer with editorials and six-figure contributions, Manchester succeeded in having his own company’s architect appointed to the city of San Diego’s planning commission and saw environmental obstacles to his Grand Del Mar resort lifted.  New York Times media columnist David Carr remarked that under Manchester, the U-T looked “like a brochure for his various interests.”

Sale of the UT will allow Manchester to retain ownership of the UT’s property in Mission Valley, which he has indicated he hopes to develop as a residential property. The new owners retain a one year lease and reportedly aim to seek a new headquarters locally.

Beutner has been an Obama financial backer who also has ties to Bill and Hillary Clinton, though he has pledged to keep politics out of the newsroom at the UT –which may take back its historic Union-Tribune name.

City News Service reports tha Beutner has said the U-T will continue to operate as a separate brand with its own newsroom.  U-T President and Editor Jeff Light will retain his post.  Beutner says the company can cut costs, combine resources and share stories, photos and other content, U-T San Diego reports.

“That’s our competitive advantage…We have more voices and more content, and that’s how we win in a digital world,” Beutner told the U-T.  “We compete by having the best content.”

Tribune Publishing has apparently beat out efforts by developer and philanthropist Malin Burnham to form a community nonprofit to acquire and run the U-T.

For 81 years, the U-T was owned by the Copley family, a conservative powerhouse in the region. In the 2009 recession,  following the death of Helen Copley, heir David Copley sold off the newspaper to a private equity firm, Platinum Equity, which turned it over to Manchester just two years later. Capitol New York writer Ken Doctor calls the rapid turnovers including the latest sale to Tribune Publishing “emblematic of the chaos of American newspapering” which has weathered declining readership coinciding with the rise in Internet news outlets.

Dean Nelson, journalism professor at Point Loma Nazarene University, has said he is “cautiously optimistic” that the sale will lead to improved reporting, calling Manchester’s legacy “minimal, bordering on harmful.”

George Mitrovich, City Club of San Diego President, stated, “the more enlightened among the town citizenry know the Times is superior to the U-T, and if the buyout means better journalism for San Diego, then the new ownership should be welcomed, not scorned.”

Carl Luna, a political science professor at Mesa College, noted that the political views of Manchester were out of step with the city’s changing demographics and Democratic voter registration majority.  He voice optimism that “a restored San Diego Union-Tribune can become a voice which speaks to and for an increasingly diverse and dynamic San Diego,” the Los Angeles Times reports.

Republican Mayor Kevin Faulconer however, who benefitted from Manchester’s editorializing, praised Manchester for an “incredible track record” and “quality reporting.”

Democratic Councilman Todd Gloria noted the Chargers have also been wooed by Los Angeles, concluding, “I welcome Los Angeles acquiring our newspaper—but not our football team!”

A local rag. Good luck bringing readers back. There is so much good journalism available on the web, the U-T can't compete. Try the SD Reader or the OB Rag, SFGate, the WAPO, the NYTimes. The Mission Valley property should be designated as parkland.