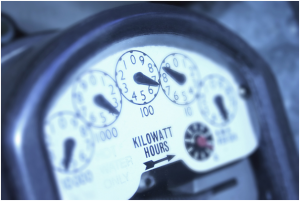 May 15, 2017 (San Diego’s East County) – Some utility customers who opted out of having smart meters installed are complaining that they have received inflated estimated bills for their analog meter, says Susan Brinchman, director of the Center for Electrosmog Prevention in La Mesa, a group opposed to smart meters.

Brinchman advises, “If you are opting out and have an inflated estimated bill every other month, we suggest 1) Filing a complaint with the CPUC http://www.cpuc.ca.gov/complaints/ (and keep a record of it) 2) Learning to read your own meter. Help is available online for reading your type of analog meter. Some are read right to left and others left to right (like mine, with SDG&E). https://www.youtube.com/watch?v=apfxM9jEiAQ.”

She recommends taking a dated photo of your meter on the date your next monthly bill starts, or the date the meter would be read, the make a chart of your actual usage and compare it to your bill.  Brinchman says she asked SDG&E to send out a meter reader “who read it and confirmed the estimate was way over.  When I didn't receive a revised bill, I filed a CPUC complaint and paid only what I estimated I owed.”

ECM asked SDG&E for comment. Sabra Lattos responded, “As a result of a CPUC decision made in December 2014 that affects the frequency of meter reading for opt-out customers, SDG&E began reading analog meters every other month. For months in between, the meter reads are estimated based on usage data from previous months as well as the same time last year.

“Customers receive an estimated bill for the months in between. While we make every effort to keep the estimate numbers low for in-between months, new customers or those with varying month-to-month energy usage patterns can see a variation in estimated reads.”

She adds, “If the estimated read is higher than the physical read, we proactively make the correction on our customers’ bill to reflect actual consumption. For privacy reason, we cannot disclose any specific customer information. In general, the amount of corrected estimated reads for smart meter opt-out customers is relatively low and bills are adjusted when the physical reads comes in. We will work with any customer who is concerned about the estimated reads to ensure clear and accurate pricing and encourage them to call us directly with any issues.”

California Senate Bill 649 is moving swiftly through the CA state legislature, and would remove local control for cell tower placement, while allowing cellular antennas to be placed on each block. Learn more at link below and contact your state legislator with your concerns and directives concerning voting for this bill, which will expose the general public to exponentially more harmful radiation in our neighborhoods. Enough is enough!

It is VERY helpful to report SDG&E to the CPUC by filing a formal or informal complaint in writing, if a customer is experiencing unresolved problems with the smart meter opt-out for any reason (or for other unresolved SDG&E problems). Make sure to keep a copy of your complaint, I take a screen shot of mine before hitting send. I am finding that it is creating waves of accountability that didn't seem to exist before my written complaint. https://appsssl.cpuc.ca.gov/cpucapplication/

SDG&E may also skip the physical reads for more than one month, not following CPUC guidelines. Recently, I received three monthly bills, all estimated. Per CPUC requirements, SDG&E must physically read the opt-out meter every other month (and have this reflected on the bill). Occasionally physical reads have been incorrect (too high) and estimates are NOT based on historical use by each customer. No reasonable explanation for inflated estimated bills for me or other opt-out customers have been forthcoming. It appears to be punitive. This practice is seen with multiple utilities that have been forced to provide opt-out meters to customers, throughout California. I encourage people to opt-out of the smart meters for your health and safety (by calling SDG&E at 877-357-8525 to request the opt-out), then read and photo-date your own opt-out meter each month as described above, whether use is estimated or not. Make all complaints in writing. It is still worth opting out - and after three years, there is no more $10/$5 monthly fee for having the opt-out program. The entire opt-out for Southern California, the meter reads every other month, and the elimination of opt-out fees (after three years) were negotiated by Center for Electrosmog Prevention over the past six years, for the protection of the health of Californians who do not want dangerous smart meter generated pulsed microwave radiation in their homes and on their property. Spikes of this pulsed radiation can be measured every few seconds. Cumulative exposures over a 24 hour period have been estimated at 160X that of radiation emitted by cell phones. Smart meters located on the house vs. the garage are particularly of concern.