As bad as SDG&E is with a watchdog, imagine it without a watchdog.” – Donna Tisdale

“…No evidence confirming such allegations was provided by those lodging allegations, nor discovered by any of the professionals retained by UCAN’s board.” – press release posted on UCAN website

"We're trying to save UCAN and they're dissolving it." -- Mike Aguirre, attorney

March 5, 2012 (San Diego’s East County) – To many ratepayers in East County, the Utility Consumers Action Network (UCAN) has been a valued ally in their battles against San Diego Gas & Electric (SDG&E). For example, UCAN filed a lawsuit that tried to halt Sunrise Powerlink and submitted a study that helped persuade the California Public Utilities Commission to reject a rate hike proposal.

So UCAN’s announcement that it is dissolving amid an FBI investigation into its finances  and a Grand Jury summons has been met with shock, dismay and skepticism here in East County. 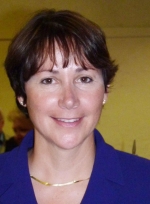 “Whenever you take on the role of being a watchdog of one of the most powerful conglomerates on the planet, you paint a target on your back,” said Laura Cyphert, co-founder of the East County Community Action Coalition, a group representing 79,000 individuals opposed to SDG&E’s Sunrise Powerlink.  “I fully believe that UCAN will be cleared of all charges, and it is unfortunate that we are temporarily losing a true advocate for the people.”

A small business owner in East County, who asked that his name not be published, told ECM, “I know Michael Shames. I’ve done business with him. He doesn’t drive fancy cars or live a lavish lifestyle.”  He added that powerful forces have a vested interest in destroying the consumer watchdog group and questioned whether energy industry interests may have infiltrated the group to cause harm.  “I don’t believe Michael would knowingly do anything wrong,” he said.

Donna Tisdale, Chair of the Boulevard Planning Group, has worked with Shames to combat projects ranging from Sunrise Powerlink to rate hikes.  “Is there fire where there is smoke? I can’t say,” she said of the investigation.  But Tisdale praised efforts of UCAN to help consumers and expressed concern for the future.

“I hope they survive in one form of another. They are a huge asset to consumers and I would hate to lose UCAN,” she said.  “Michael Shames is a one-of-a-kind guy.”  She noted that UCAN in the past has actually convinced the CPUC to reduce a rate hike and filed lawsuits opposing Sunrise Powerlink (those suits have since been dismissed by courts).

“As bad as SDG&E is with a watchdog, image it without a watchdog,” Tisdale observed.

She also questioned why the FBI is probing UCAN, the watchdog group, but not the various allegations of wrongdoing that citizens and others have raised against SDG&E.  “They should be investigated under RICO,” she said, citing a law prohibiting racketeering.

As for the investigation into UCAN, she concluded, “It’s a big reminder that no matter which side you are on or who you are representing, the rules and ethics and morals apply to everyone.”

On February 28, UCAN posted a press release on its website (www.ucan.org) which stated that UCAN has initiated a Superior Court-supervised voluntary dissolution designed to allow the organization to “continue to continue its core mission of ratepayer advocacy while addressing some persistent legal challenges.”  That includes a Grand Jury summons received on February 22, the release confirmed, adding that UCAN filed the petition seeking to resolve threatened lawsuits and other issues while “preserving its assets which will allow resolution of the issues and emerging with new public interest entity to continue UCAN's tradition of watchdogging local utilities.”

According to the UCAN release, UCAN’s board made the decision after a one-year process of considering alternatives.  The site further stated that “ UCAN plans to continue its aggressive ratepayer advocacy at the CPUC through the process, as well as preserve its privacy and internet-advocacy projects  (Privacy Rights Clearinghouse and New Media Rights).”

The UCAN site states that allegations lodged against UCAN’s senior management by such third parties included (a) embezzlement of UCAN funds, directly, through kickbacks or via other routes, (b) private bank accounts in which assets were being siphoned,  (c)  failure to comply with state audit requirements, (d) engaging in unlicensed legal activities, and (e) entering into illegal contracts.

“However, no evidence confirming such allegations was provided by those lodging allegations, nor discovered by any of the professionals retained by UCAN’s board,” the site further states.

If the board believes there was no wrongdoing, why is the group dissolving?

Executive Director Michael Shames told top staff a year ago that he was “dissatisfied” with the atmophsere at UCAN and planned to recommend closing the agency, the San Diego Union-Tribune has reported, citing a memo obtained through a Public Information Act request. A dozen employees of UCAN and the Privacy Rights Clearinghouse sent a letter to board members asking them to stop closure plans and save the watchdog group.

Federal agents issued a subpoena last month to UCAN Chairman Kendall Squires, who has been ordered to appear at U.S. District Court on Thursday, March 8.  The Federal Bureau of Investigation (FBI) has requested documents and computer records after a whistleblower, the organization’s own attorney, David Peffer, alleged improper bonuses and questionable bank accounts set up under variant spellings. He also accused Shames of calling himself a lawyer when his State Bar membership was inactive.  A second whistleblower-employee, Charles Langley, has also come forward after the UCAN announcement (curiously, posted anonymously) appeared on the website.

Peffer is represented by former San Diego City Attorney Mike Aguirre.  Shames has claimed allegations are meritless and accused Aguirre of making up conspiracies about UCAN’s investments and business operations. 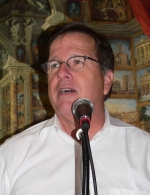 Aguirre has stated that employees who work for UCAN want to “clean it up and save it” while those running UCAN want to dissolve it, the Union-Tribune reported.

“The dissolution process requires that anyone who has a claim against UCAN to make it within 30 days," said Shames, ECM news partner 10 News reported. "This is our opportunity to compel Aguirre to finally make his claims. He's been threatening lawsuits. It's about time and this is the process the attorney said is the most effective process."

Aguirre countered, according to a 10 News report, "We're trying to save UCAN and they're dissolving it."

Don Bauder, writing for the San Diego Reader, stated that one purportedly misspelled account had over $262,000. Bauder suggested independent auditors should have raised eyebrows over such irregularities, as well as $1 million that UCAN received from steel manufacturer UCAN for a documentary film critical of China. UCAN in turn paid the $1 million to former mayoral candidate Peter Navarro to make the movie based on a book he co-authored. UCAN also lost money investing in a hedge fund run by a Navarro associate.

According to Bauder, a reliable source informed him that Shames did not disclose the pass-through deal on the filmmaking expense. The board found out and withheld $400,000 and Navarro threatened to sue, Bauder reported.  “On board member said the original deal smelled of money laundering,” he added.

KPBS interviewed the whistleblowers, who said they asked for a forensic audit but it was never done.

“In effect, every California ratepayer and consumer owns a piece of UCAN,” Langley said.

SDG&E spokesperson Stephanie Donovan had this response to the UCAN dissolution.  “While we are not aware of the details involving UCAN’s announcement and the allegations made,” she wrote in an e-mail to ECM, “we will continue to collaborate with participants in the state’s regulatory process, including UCAN, as we do with the numerous other diverse stakeholders and organizations involved in energy-related matters.”