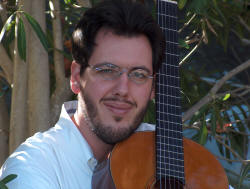 February 6, 2015 (Julian) – What could be more romantic than classical guitar music and an aphrodisiac dinner cooked up by the Courdon-Bleu trained chef/owner at Jeremy’s on the Hill, nestled on the outskirts of the historic gold rush town of Julian?

The feast begins with “first love” stuffed mushrooms filled with almond-basil pesto. Next choose from  oysters on the half shell with champagne mignonette or butternut squash soup with coconut milk and cinnamon crouton.

The featured entre du jour will be lobster raviolis with celery root puree, tarragon-tomato cream sauce, asparagus and truffle slaw. Then for a grand finale, savor a chocolate and capsaicin candy bar with fig chutney and English blue cheese.

Other menu items will also be available. The Valentine’s fest is $54 a person and reservations can be made by calling 760-765-1587.  Jeremy’s on the Hill is located at 4354 Highway 78, three miles from downtown Julian and three miles from Santa Ysabel in Wynola.