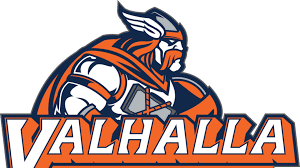 By Miriam Raftery
February 2, 2019 (Rancho San Diego) – A student at Valhalla High School has been arrested for allegedly bringing a loaded handgun onto campus in the Rancho San Diego area of unincorporated El Cajon yesterday.
“Valhalla High School Resource Officer (SRO) was on duty when a student reported seeing a male student with a handgun and a loaded magazine inside his class room,” Sgt. Matt Cook states in a press release issued by the San Diego Sheriff.
The student left Valhalla shortly after the weapon was signed. The SRO broadcast a description of the suspect and direction of travel. He was detained by deputies walking away from the school but did not have a weapon in his possession and claimed not to have had a gun.
Deputies searched nearby but did not find the weapon initially. The student was initially taken home to be released to his mother.  Then school staff found the weapon on campus with a magazine loaded with one round inserted backward.
The student was arrested and taken to Rancho San Diego Station for processing and later booked into Juvenile Hall.
“The safety of our students is always foremost, and we take these concerns very seriously. The Sheriff's Department and Grossmont Union High School District will continue to encourage students to report anything they see or hear that causes them concern,” Sgt. Cook says. “We very much appreciate our partnership with the Grossmont Union High School District and their priority in keeping school campuses safe.”