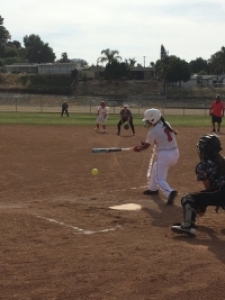 April 27, 2017 (Spring Valley) - Mount Miguel softball is a little worse for wear; they’re 5-7 overall and 1-3 in league play so far heading into today’s game against El Capitan.  The Vaqueros are a different story; they sport a decent 12-10 overall record, but are undefeated in league play with a 4-0 record coming into today.  Sophomore Nya Maga started on the hill for the Matadors against junior Elena Laddon for the Vaqueros. 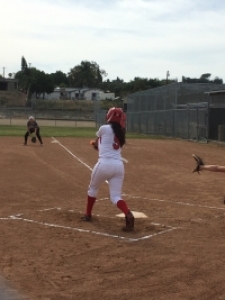 El Cap struck for two runs early in the first.  In the third, sophomore Baily Olaveson singled and scored a run and the Vaqueros led 3-0.  Junior Kim Garcia hit a sac fly and the Vaqueros increased their lead to 4-0.

After a crazy rundown play in the fourth, freshman Hannah Davis and senior Amanda Vasquez both hit sac flies to bump the Vaqueros up to a 6-0 lead.

The Vaqueros had a big fifth inning.  Freshman Olivia Martinez knocked an RBI single to left, senior Maria Lotta hit a sac fly, Davis hit an RBI single to left and Vasquez tripled and scored two.  Add one more and when it was all said and done, the Vaqueros run-ruled the Matadors 12-0 to move to 13-10 overall and remain undefeated in league play, 5-0.  The Matadors fall to 5-8 overall and 1-4 in league play. 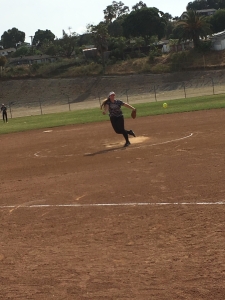 The Vaqueros get a nice break until Tuesday when the Braves of El Cajon Valley High visit Lakeside.  First pitch is set for 4:00 p.m.  The Matadors are off till Tuesday too; they’ll travel to La Mesa to face Helix.  First pitch is also at 4:00 p.m. 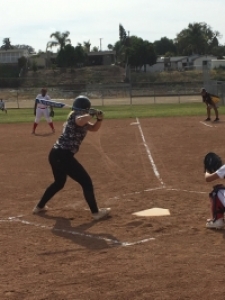 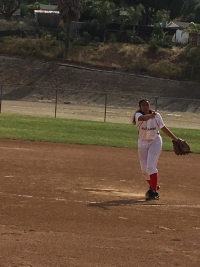