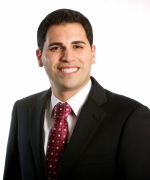 June 27, 2015 (San Diego)--Congressman Juan Vargas and Mark Arabo will be featured in an hour-long special, “Crossing Jordan—Escape from Terror” on Fox News detailing their work  to help facilitate safe passage for religious minorities out of Iraq and Syria, and to secure their freedom.

“It is sure to be a great special and it is incredibly relevant to the border issues we face here in the United States. Also, the San Diego connection makes this story that much more important,” Arabo says.

Here is a description of the program from Fox: “Jordan’s King Abdullah gives Fox News Reporting unprecedented access to his life and country. Go on patrol with the Jordanian military at the front lines with ISIS and the Syrian regime.  Hear the heartrending stories of Christians and Muslims fleeing torture, massacre and chemical weapons.  And in an exclusive Fox News investigation, learn for the first time about a modern-day underground railroad delivering persecuted Christians into America.  Right now, King Abdullah is fighting two wars at once, both for religious tolerance—will he fight on alone, or will America stand up as well?”