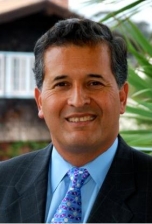 June 7, 2012 (San Diego) – Congressman Bob Filner’s departure from Congress to run for mayor has left an open seat in the 51st Congressional district, which spans southern portions of San Diego and Imperial Counties. In the June primary, a field of seven candidates has been narrowed to two: Democratic State Senator Juan Vargas and Republican Michael Crimmins, a retired Marine  Corps officer and teacher.

Vargas took a solid 48% of the vote, followed by Crimmins with 20.97%. Former State Senator Denise Ducheny missed the run-off, placing third with 14.13%. Ironically, two lesser known Democrats may have served as spoilers; collectively they took another 8.5% of the vote. Had those candidates not been in the race, Ducheny may have captured more votes than Crimmins –sending two Democrats into the run-off in November.