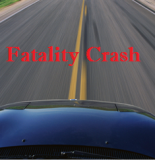 Update: The female victim has been identified as Melissa N. Ferreira, 25. She resided in San Diego with her parents.

November 19, 2011 (El Cajon )—Two pedestrians crossing the 300 block of West Main Street in front of the El Cajon Grand Bar were struck by a Mitsubishi Montero at 1:55 a.m. The woman, 24, was pronounced dead at the scene. The man, also 24, was transported to a hospital with non-life threatening injuries.

According to the El Cajon Police, both pedestrians were wearing dark clothing. This investigation is ongoing and the identity of the victims is not being released at this time.

“The driver of the Mitsubishi stopped immediately following the collision and is cooperating with traffic investigators,” said Lt. Frank La Haye. Based on the preliminary investigation, neither speed nor alcohol appear to be factors in this collision, he said.