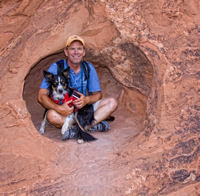 March 7, 2012 (La Mesa)--Tom Skinner, an Army veteran, will depart on Saturday. March 10, 2012 at 9:00 A.M. from the United Church of Christ, 5940 Kelton Avenue, La Mesa on 117-day cross country ride covering over 3,800 miles ending at White River Junction, Vermont the National PTSD Headquarters.
“As a veteran with PTSD, I want to call National attention to the thousands of forgotten men and women who suffer from the same ravages caused by this disorder,” Skinner said. “As service members return home in large numbers from the wars in Iraq and Afghanistan, we see staggering numbers of them suffering from PTSD.”

He continued, “Veterans with PTSD are committing suicide every day, families are torn apart by the stress of living with someone with PTSD, jobs and careers are lost and lives ruined as untreated veterans continue to suffer and exist in a living hell.”

At each of his scheduled stops, he will make his presentation of “What Comes After Welcome Home” at colleges, churches and veteran’s organizations sharing his experiences and assisting others with PTSD in finding resources to survive and improve their quality of life. 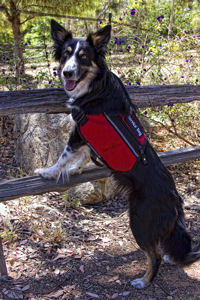 Skinner’s support team will consist of his son Parry and his PTSD service dog Scrubs who will accompany him through the entire trip. His trip is made possible by the generous support of the Welcome Home Ministries Fund, a dedicated fund of United Church of Christ of La Mesa. (Donations to support his journey may be made at www.understandingptsd.org. Click the Donate button under “Help Our Cause.”) Performance Bike will also provide Skinner with technical support of their equipment along the route.
The veteran athlete’s first stop is scheduled to take place at the La Mesa City Hall, 8130 Allison Avenue, La Mesa, about 9:45 A.M., where he will receive a rousing send off from residents and members of the La Mesa-Interfaith Committee, where Tom chairs the Veterans sub-committee.
For additional information call Jack Gillespie at 619-660-8336.