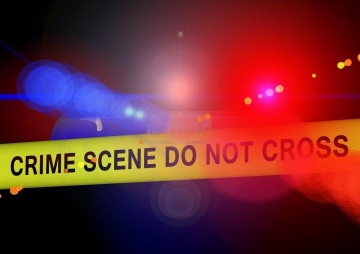 By Miriam Raftery
Photo via Pixabay
February 13, 2021 (El Cajon) – The Sheriff’s department has provided an update on the fatal shooting which occurred Feb. 10 at the Singing Hills Golf Resort at Sycuan. The victim has been identified as Dylan Brooks, 28, of Lakeside.

Frank Billeter, 33, also of Lakeside has been charged with murder, says Lt.Thomas Seiver with the Sheriff’s homicide unit.

Sheriff’s deputies and Sycuan Police officers responded to the resort in unincorporated El Cajon around 6 p.m. on Feb. 10.  They found Brooks had been shot in a hotel room. The first responders provided emergency medical treatment and Brooks was transported to a hospital, where he was pronounced dead shortly after arriving.
An autopsy determined the cause of death was a gunshot wound and the manner of death was homicide.  The victim’s family has been notified of his death.
Billeter was already in custody at San Diego Central Jail for separate charges but has now been also charged with murder.
Anyone with information about this incident is asked to call the Homicide Unit at (858) 285-6330/after hours at (858) 565-5200. You can remain anonymous by calling Crime Stoppers at (888) 580-8477.