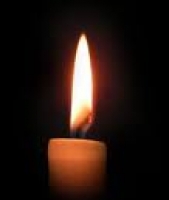 Responding fire personnel confirmed his death at the scene due to injuries to his head and torso. The crash occurred on eastbound State Route 94, west of Federal Boulevard.