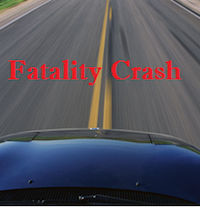 August 21, 2012 (Alpine) – The San Diego Medical Examiner’s office has released the names of two men who died of injuries sustained in an accident on I-8 in Alpine on August 16.

Michael Claude Roe, 45, was driving westbound when the pickup veered off the road and hit a tree, then overturned, pinning him inside. He resided in Lakeside with his son. His passenger was Steven Boyd Bossenbroek, 49, who has lived in La Mesa, Patch.com reported.

Both were pronounced dead at the scene without resuscitation due to their serious injuries.