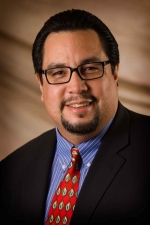 “This site is sacred to our people, and it is culturally and historically significant for all residents of San Diego County and southern California.” – Viejas tribal chairman Bobby Barrett

“Every resident in Blossom Valley, Crest, Harbison Valley and Alpine is a stakeholder for fire safety and economic growth in their communities.” = Mike Uhrhammer, communications, director, Padre Dam

June 8, 2010 (San Diego’s East County) – The Viejas Band of Kumeyaay Indians has been granted a restraining order in the Superior Court of California-San Diego County to halt the Padre Dam Municipal Water District from "further desecrating a recently-unearthed Kumeyaay burial and ceremonial ground," a statement issued by Viejas announced. Padre Dam Municipal Water District is constructing a new reservoir and pumping station at the site, which is on approximately two acres south of I-8 near Lake Jennings Park Road and Old Highway 80.

In a hearing yesterday, Judge Judith Hayes ordered the District to avoid construction over roughly two-thirds of the construction site until at least June 25, when the hearing for a permanent injunction is scheduled. A representative for California Attorney General Jerry Brown’s office appeared at today’s hearing and spoke in favor of the restraining order. 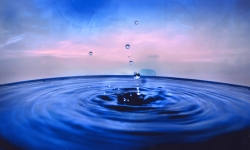 “We’ve been trying to reach agreement with the tribal council since February to mitigate and stay onsite,” said Mike Uhrhammer, communications director for Padre Dam. The District has agreed to continue to use a Native American monitor and to allow Viejas the opportunity to view site activities. “Without this project, we are not going to have an adequate supply of water.”

The project would serve two purposes, Uhrhammer indicated. First, it would provide a secondary source of water via a “closed loop system” for Crest, Alpine, Harbison Canyon and Blossom Valley that would assure a water supply in the event of a wildfire or other cut-off of the current pipeline or pumping ability, such as SDG&E’s threatened power shut-down during high-fire risk conditions, or a break in the line. Second, the project would provide water for future economic development in those areas. 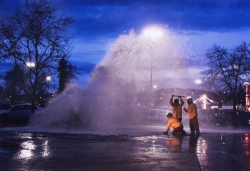 On June 17, the California Native American Heritage Commission (NAHC) is scheduled to hear testimony about the importance of cultural resources at the site. That is a continuation of the Commission’s first hearing, which was held on April 6, 2010.

If the Commission makes findings that the site is a sanctified cemetery, and that the project will irreparably harm the site, the Commission may issue recommendations for mitigating impacts to the site, which could include complete avoidance of the entire site. If the District ignores the recommendations and proceeds with the current project, the NAHC will then be in the position to request that the state Attorney General initiate legal action against the District.

Qualified Native American Monitors and experts hired by the District in 2007 to conduct the initial investigations of tribal cultural resources warned of the cultural significance of the site and recommended the District avoid it, Viejas indicated.

“The District approved the project without revealing this information to tribes and the public. In its environmental review document, the District said the project would not have any potentially significant adverse effects on cultural resources,” a press release issued by Viejas stated. “Subsequent investigations have proven those claims to be wrong.”

Uhrhammer disputed those points. “It was a very open process. If there are any remains on the site we certainly want to respect Viejas’ cultural history,” he said, adding that construction would halt if more remains are found. “But it’s just not an option to pick up and move.” He said Padre Dam complied with California Environmental Quality Act (CEQA) requirements by hiring an archaeological consultant, and that no cultural resources had previously been found on the site, which was not registered with the state as a sacred heritage site. “In September 2008 the Native American Heritage commission found the project does not conflict with known Native American heritage sites nor contain cultural resources,” he added. 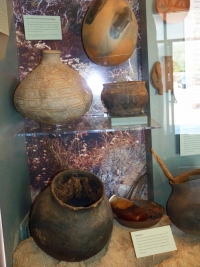 But in February 2009, human remains and a very high density of burned pottery shards were later uncovered at the site, indicating a sacred burial ground and ceremonial place where cremated Native Americans were buried in sacred pottery urns. In documenting the discovered cultural resources at the site, a data recovery report prepared for the District by its experts called the discovery “unparalleled in the San Diego region” and said the site contained “one of the highest densities of Native American ceramic shards ever found in San Diego County,” which has 19,000 recorded archaeological sites.

Although only approximately 6 percent of the site was recovered, Viejas noted, the District’s report already details the significance of the discovery:

• 204 other bone fragments are considered either likely to be human or have yet to be assessed but were treated as though they were human. (Fragmented remains are typical of the traditional cremation practices of local Indian Bands.)

• The District’s report also says that the human remains found during excavations at the site were mostly “burned during cremation” and that the “calcined bones may have come from human cremations given the large amounts of burned pottery and other burial artifacts that may have been grave goods.” (Padre Dam Water District’s Data Recovery Report, August 2009.)

The California Native American Heritage Commission named the Kumeyaay Cultural Repatriation Committee as the most likely descendants, said Uhrhammer, who expressed “surprise” at the Viejas Band of Kumeyaay Indian’s claim that their ancestors are buried on the site. He added that the KCRC conducted an onsite ceremony “paying tribute to the ancestors…They blessed the site and blessed Padre Dam’s project and provided us with a letter saying you’re good to go.”

Viejas requested that the District fully assess the site and construction plans in order to prevent further desecration of the sacred site. The Band indicated it has also agreed to work with the District to review other alternative sites that had been considered by the District.

But according to Viejas, Padre Dam Municipal Water District “unilaterally declared on May 21, 2010, that it would not wait for the Heritage Commission ruling, would not fully assess the cultural resource status of the site, would not plan on avoiding or recovering the tribal cultural resources on the other 94 percent of the property and would immediately resume construction. According to the District's own reports, the proposed construction work would effectively result in total destruction of the prehistoric archaeological site.”

Attorneys for the Viejas Band sought the restraining order against the Padre Dam Municipal Water District to halt construction until the matter is decided by the Native American Heritage Commission and the District complies with California law.

Viejas Tribal Chairman Bobby L. Barrett said, “This site is sacred to our people, and it is culturally and historically significant for all residents of San Diego County and southern California. From the beginning, our request of the Padre Dam Municipal Water District has been reasonable: simply complete a full assessment of cultural resources on the current site to help us better understand the extent to which tribal cultural resources may be present throughout the property. This would seem entirely reasonable given that the District’s own report recognizes the immense historic and cultural significance of what has already been discovered – and that report only covers a six percent sample of the site.”

He added, “ Until there’s a full assessment, we don’t know what, if any, other options exist for onsite project redesign. The District also previously considered three other alternative sites, and we continue to offer to work with them to further assess those and other sites as possible options. To move forward and desecrate this sacred burial ground would dishonor those who have been laid to rest there. It would also dishonor their living relatives and everyone in San Diego County who appreciates the cultural and historical significance of this site.”

Viejas public relations director Robert Scheid advised East County Magazine shortly after today’s ruling that the tribe obtained documents indicating that the District’s own experts advised against the site as early as 2007, citing historical and cultural significance. Scheid also indicated that the District’s documents indicate alternative sites were considered, but fails to disclose location of those sites or why they were not selected.

Uhrhammer told East County Magazine that the other sites considered were on private property, but that only the owner of the current project’s property was willing to sell. He said any site must meet elevation and hydrolic constraints, be close to other existing facilities and on at least two acres. “Padre Dam is bleeding money because after we received approval in December, we gave notice to proceed to our contractors. We’re losing $150,000 a month,” he said, adding that moving the $20 million project would mean restarting the CEQA process and would cost $10-12 million. It would put the project out of our price range.”

Scheid also indicated that in some other areas with Native American remains, a clay layer has been laid down prior to construction to protect the sanctified remains, but that Padre Dam has thus far refused to consider that option as well.

Asked about the potential for a clay barrier, Uhrhammer said, “That’s interesting; I haven’t heard about that.”

Scheid disclosed that after an initial restraining order was made by the judge on June 1st on a more limited area, “That very day Padre Dam moved their equipment and started desecration on an area outside of the court area, which showed complete disrespect.” As a result, the judge expanded her order yesterday to include approximately two-thirds of the property.

“We agree that this project is important and we would actually benefit from it,” Scheid said of the proposed reservoir and pumping station. “We’ve just said, `Let’s work together for an answer, either on this site or another.”

Uhrhammer concluded, “Every resident in Blossom Valley, Crest, Harbison Valley and Alpine is a stakeholder for fire safety and economic growth in their communities.”