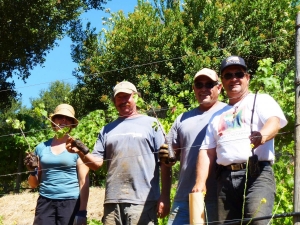 Their efforts are all part of a vision by East County vintners to establish a wine-making region along Highway 94—revitalizing the local economy with a new agricultural market to reward the fruits of their labors. 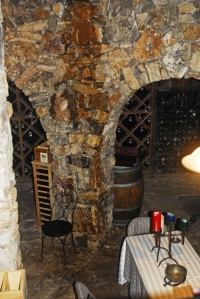 “We planted around 75 percent cabernet, 20 percent merlot, and 5 percent zinfandel today,” said Mark Morrison, owner of the Vineyard Mansion. The aptly named property includes an adobe home that dates to the 1930s—complete with stone steps leading down to a wine cellar cooled by water that runs down the walls.

In addition, they’re planting Mission Criolla Chica, the original grapes grown by the Spanish Padres at the San Diego Mission del Alcala more than 250 years ago. “We also want to teach the Padres how to bring these vines back to the Mission,” said Greg Maness, a neighboring winery owner who has been serving as a consultant to the Morrisons and other aspiring vintners in East County. 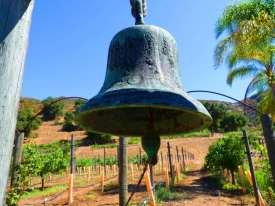 Today, only about 25 acres of the grapes are found in all of California -- including 300 to 400 grapevines at Maness’ winery (though the grape is also grown in Mexico and Spain). With the harvest, Maness discloses, “We’re going to make a sacramental port and spike it with brandy. We found the old recipe.”

Morrison and his wife, Gladys, started their winery with help from a friend—Herman Salerno, an opera singer who established the international award-winning Salerno Winery in Ramona more than two decades ago. 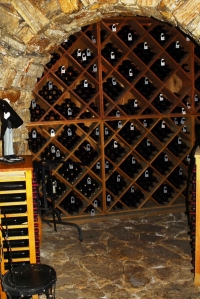 grapes and took them to his home, and together we made wine,” Morrison explains, adding that the first crop was planted in 1999 and the first major harvest came in 2004. The couple brought the grapes back to Vineyard Mansion, where they used gravity flow to put the wine into barrels and age it for two to three years.

“We tend our vines ourselves all by hand,” Morrison says, tanned from his hours toiling beneath the summer sun. Vineyard Mansion uses no chemical fertilizers or pesticides, instead relying on worm castings to enrich the soil and sulfur to prevent powdery mildew. Caterpillars are picked off the crops by hand. “Our wines are not filtered,” adds Morrison. “They’re vine alive.” 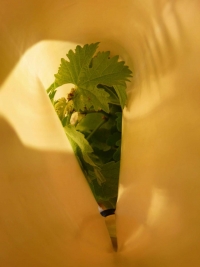 Drum and Jane Macomber of El Cajon were on hand to help plant the vines, each protected in a plastic tube. “Most people don’t know that El Cajon used to be the raisin-growing capitol of the world,” said Jane, who serves on El Cajon’s Centennial Committee. The El Cajon Valley was also used by the Spanish friars to grow grapes back in the 18th century. Later, some farmers ploughed under or paved over their fields when Prohibition passed.

Now, however, the grape-growing industry in East County is undergoing a Renaissance—thanks to families like the Morrisons.

Vineyard Mansion is not yet a commercial winery. But the Morrisons have high hopes, thanks to a new boutique winery ordinance recently passed by San Diego County Supervisors that makes it more affordable for small vintners to open tasting rooms. 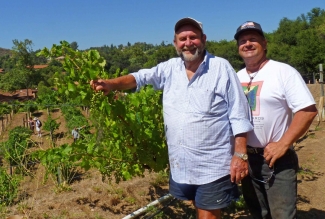 we can make it happen,” Maness predicts. “There are a bunch of people in the hills—a lot of farmers looking for grapes to grow.” Grapes can bring 50 cents to $2 per pound, he says. “You can plant up to 1,000 vines per acre; if you have a well, it’s better…Grapes are a good return on investment, and you have a smaller water bill compared to lemons or avocados.”

He envisions the Jamul-Spring Valley areas along Highway 94 someday attaining an appellation as Ramona has recently done. That’s a federal designation officially recognizing a named wine region, such as Bordeaux in France. Patterned after the famed wine train in Napa Valley, Maness dreams of a wine trolley someday ferrying passengers along old Highway 94 for an afternoon of wine tasting at local tasting rooms. 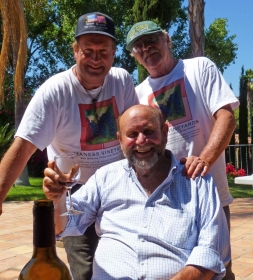 There are wine aficionados turning up all over East County. Warner Springs, Julian, and even Campo now have successful wineries and vintners. “There is a Mount Helix grape-growing association now,” notes Maness.

Orfila, one of the most successful wineries in San Diego County, has won more than 1,300 awards for its vintages produced in San Pasqual. Hawk Watch Winery in Warner Springs has won international honors for its wines, while Schwaesdall Winery in Ramona took two gold medals recently in a Temecula wine competition.

Quite a few local wineries have found a loyal following. Maness tells of one local vintner who succeeded in getting his wines into Costco, but couldn’t keep up with demand. “That’s why it’s so important to plant more grapes,” he concludes.

Much like the barn-raisings once commonplace in rural communities, vineyard plantings now bring together friends and neighbors, creating a new sense of community and a goal for the common good. 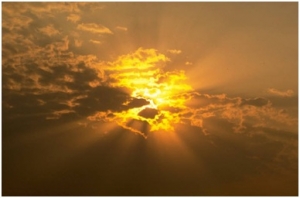 Maness drinks the last gleaming drops from a glass of hearty red wine aged in the Vineyard Mansion cellar, then heads back into the field with his team of volunteers. Together, they complete the season’s planting, warmed by their dreams, the vintages they’ve savored, and the waning afternoon sun.