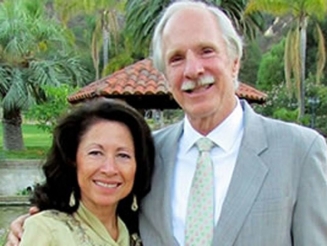 November 29, 2017 (Spring Valley) -- Tragedy has struck a Spring Valley family after George and Gladys Novinger were swept over the towering Rainbow Falls in Hilo, Hawaii over the weekend.  Gladys was found unconscious and taken to a hospital, where she died.  Her husband is presumed dead, though his body has not yet been recovered and may have been washed out to sea, according to Hawaii authorities.

Witnesses said the couple as swimming in a pond along the Wailuka River above the falls when both went underwater and failed to surface, 100 yards or so above the falls. 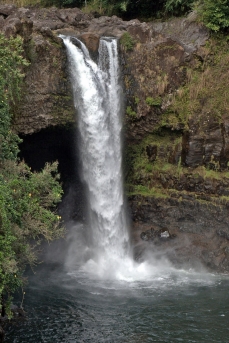 The couple, along with Gladys’ son, Joseph Harmes III, owned Vineyard Hacienda, a winery, inn, and wedding venue. George Novinger also served on the Jamul-Dulzura Community Planning Group, where his presumed death leaves a vacancy to be filled.

He was also a retired diplomat in the U.S State Department’s Foreign Service.  He had served in Japan, South Korea, Hong Kong, Brunei, Paraguay and Syria, as well as serving as regional director of foreign missions and liaison to embassies and consuls in the southwestern states in the U.S., the San Diego Union-Tribune reports.  He also was active on the San Diego World Affairs Council and the city of San Diego’s International Affairs Board, representing the city to greet mayors and official delegations visiting San Diego.

Gladys Novinger, a native of Peru, had devoted efforts to raise funds to create a House of Peru cottage in Balboa Park, where her husband was also a volunteer.  Donations to www.HouseofPeru.org are being accepted in the couple’s memory.

Greg Maness, owner of Casi Cielo Winery at Maness Vineyards Design along with his wife, P.J., sent this statement to ECM after learning of the tragedy.

“My family had the fortunate pleasure of knowing and being close neighbors to Gladys and George Novinger Family for over a decade now. We worked closely together as wine families do, pushing forward the Wineries on Highway 94 movement and together we had great success, planting their hillside vineyards and making wine together. We often shared many great lunches and dinners together talking about the joys of life, family and raising funds for their beloved House of Peru still being built in Balboa Park.

They were both the best people in the world you would ever want to know, and together they were a dynamo power couple accomplishing great visionary dreams. We laughed together a lot, and were there for each other in times of uncertainty. There is a hole in the bottom of all of our hearts that will always ache when I remember Gladys and George and their Family. But I do know this, every moment of their lives was filled with accomplishing wonderful things. They were happy, living life to its fullest with open hearts and open minds. They will be greatly missed.”