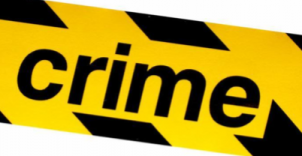 SANDAG report shows variations among communities for first half of 2019

September 14, 2019 (San Diego) -- Violent crime rates in San Diego County are up slightly compared to the same time in 2018, but property crimes dipped during the same period, according to a new report released by the San Diego Association of Governments (SANDAG) Criminal Justice Research Division. Read the full report.

The report also includes the four-year trend for each local city as well as major communities in the unincorporated area. Among our inland communities, La Mesa had the biggest drop in crime – a whopping 39% decrease since mid-2015. Other inland areas with substantial reductions in crime include Escondido (-24%), Valley Center (-16%), Ramona (-14%),   Santee (-11%) Alpine (-9%) and Lakeside (-7%). 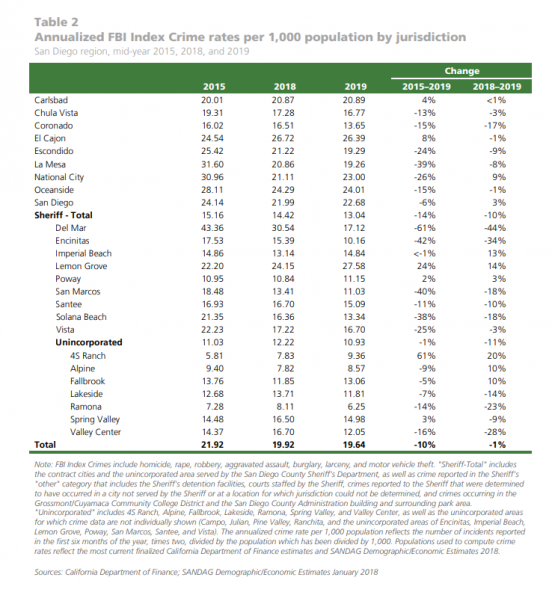 Countywide, from January to June 2019, an average of 31 violent crimes and 150 property crimes a day were reported to law enforcement across the region. Here’s a breakdown of violent crimes in San Diego for the first half of 2019:

“While the San Diego region remains a very safe place to live overall, it is important to remember that some crimes are not reported to law enforcement and some neighborhoods may have spikes in crime not reflected here,” said SANDAG Division Director of Criminal Justice Dr. Cynthia Burke. “It remains important that we as a community continue to look out for another and to report crime that occurs to our local police department or Sheriff’s station.”

Other notable findings in the newly released SANDAG report:

Since 1980, SANDAG has reported crime statistics for the San Diego region through a cooperative agreement with local law enforcement agencies. These data are used by local law enforcement, policy makers, and the community to track public safety over time, as well as the effectiveness of crime prevention and response efforts.